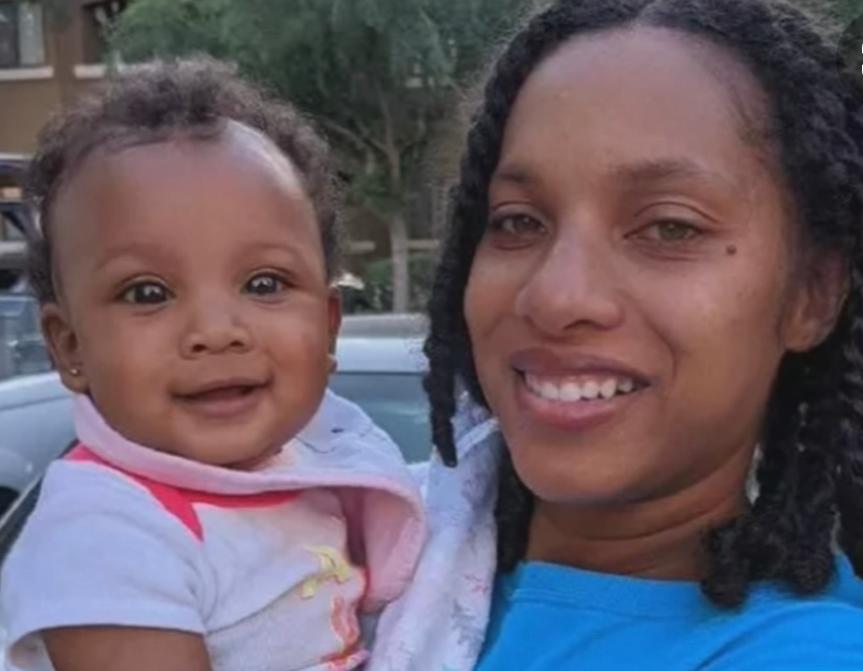 A mother of four in Phoenix, AZ, was fatally shot by her estranged husband while holding her infant child early last week. The newborn baby was also killed in the incident.

According to Fox 10 Phoenix, Lanae Mouton, 32, along with her infant daughter, Ava, was shot and killed by Louis Mouton III, 34, on October 4. Louis reportedly fired his gun as Lanae was holding her daughter while hiding in the closet. The two were rushed to a local hospital where they were pronounced dead.

The police stated that the incident, which happened shortly before 9 p.m.,occurred in West Phoenix shortly near 83rd Avenue and Thomas Road. Police said that Louis went to Lanae’s residence to talk to her about their estranged relationship. Reportedly, Lanae went back into her home with Ava. Louis followed.

“The male kicked in the door and fired several shots. The female and their 11-month-old child both were struck,” said Sgt. Vincent Cole with the Phoenix Police.

“The loss of a child… many of the first responders you see out here, we’re fathers and mothers ourselves. So dealing with something like that, it can be a life changing traumatic event for first responders.”

Louis was at the scene when police officers arrived. He was arrested and booked into jail. He faces first-degree charges and burglary charges. Bail has been set at $2 million.

Court documents state that “Louis admitted afterwards he attempted to shoot himself and commit suicide but the handgun was empty. Louis exited the apartment and was contacted by responding officers in the parking lot. Louis told investigators he suffered from schizophrenia. He saw and heard spirits and aliens and was frequently possessed by them. They used his body to do actions he could not control. Louis said he made a deal with a spirit that he and his wife could be together forever but they had to die.”