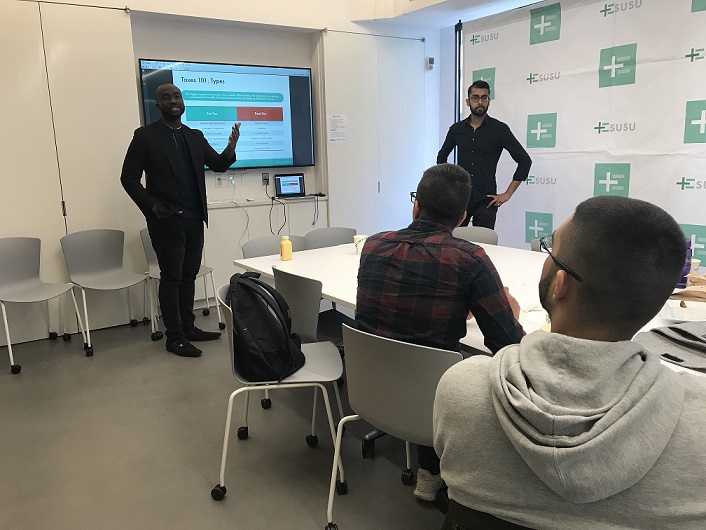 Susu—the age-old means of saving and collecting money through a partnership or savings club—has long been practiced throughout Africa and the Caribbean. But Abbey Wemimo, a Nigerian-born entrepreneur, wants to bring that process into the 21st century through the Esusu app.

Although the name “Susu,” which means “to plan” derives from the Ghanaian Twi language, Wemimo’s mobile app lets you do more than that. On the Esusu app, users can invite their friends and family members to join in, contribute weekly, biweekly, even monthly depending on preference. It’s exactly like the traditional means of rotational savings, except its digitized, Wemimo said.

To use the platform, users will have to link their bank accounts to the app. Esusu will then automatically withdraw the specified contribution on a set date. Through a partnership with Evolve Bank & Trust, Esusu is able to hold the withdrawn money in a separate account until users need to cash out. In the case where a member of any group runs short of funds, Wemimo said Esusu will step in and pay the money on behalf of the individual with the expectation that the company will be reimbursed. While pairing random individuals together may help the company grow its user base, Wemimo said its current users have overwhelmingly rejected the idea of being paired with people they do not personally know.

For Wemimo, the idea behind Esusu comes from personal experience. Raised by a single mother, Wemimo attended one of the better public schools in Lagos, but he said he wouldn’t have been able to afford the tuition had his mother not participated in rotational savings. Now living in America, the 26-year old wants to help immigrants, students, and low-income families save.

Wemimo and his co-founder Samir Goel have also put in place some safeguards to protect its users. When the company gets new sign-ups, they run through a KYC database, which he said helps fend off fraudulent users from its platform. Esusu also doubles as a credit building platform. When users deposit their portion of the contributions, Esusu holds the cash in a different account and reports it to TransUnion and Equifax with the help of Evolve. Each payment is seen as fulfilling a loan obligation to the group. While most landlords don’t report rent payments to credit bureaus, even with the launch of the FICO 9 credit framework, Wemimo said if any of its users provide verifiable proof that the rent has indeed been paid, Esusu can verify with the landlord and report this information to the credit bureaus.

Founded in 2016, and currently with just over a thousand users, Esusu Financial has just raised a $250,000 friends and family round earlier in the year from a Palo Alto-based VC firm, and intends to raise their seed round in Q4, 2018.