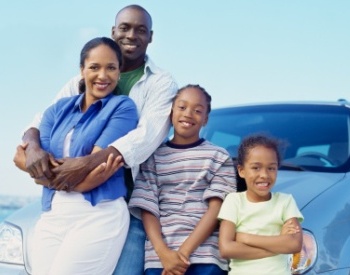 No Child Left Behind (NCLB), the most recent iteration of the Elementary and Secondary Education Act (ESEA), is being left behind. The House and Senate have passed the Every Student Succeeds Act, and President Obama signed ESSA into law. Although it’s being hailed as a truly bipartisan measure, whether or not the new bill will raise education standards for black, brown, and underserved students in low income areas remains to be seen.

After 15 years of NCLB, the law that many felt enabled federal overreach in education, ESSA will usher in an era of less federal control, although annual testing of students in grades three through eight will remain. It’s important to note, though, that federal oversight would not have been deemed necessary had states not purposely dumbed down their own educational standards, ignored for generations so-called dropout factories, and assigned the least-experienced, least-prepared teachers to the neediest schools.

Both U.S. Secretary of Education Arne Duncan and Randi Weingarten, president of the American Federation of Teachers, support the bill.

Weingarten said in a press call that NCLB had reduced public schooling to testing and accountability. However, prior to NCLB, there was little quantifiable data showing that the vast majority of Black and Hispanic students were being underserved in the nation’s schools. Disaggregating the data by race, which NCLB did, exposed the stark inequities. It isn’t enough that some students in the U.S. are getting a world-class education. We need to keep asking why all students aren’t, and what can be done to make sure they do.

ESSA will do the following:

Weingarten said that resetting NCLB “is important because we need to give states the chance to do the right thing,â€ yet she conceded that the current law hadn’t kept some states from not doing the right thing now, and that “states haven’t done the right thing by kids for a very long time.â€ She did say that the federal government could step in, in draconian situations.

Perhaps that’s why the NAACP Legal Defense and Educational Fund has stated its concern about the bill’s restrictions on federal oversight. If federal oversight doesn’t fully work now, will it when the reach of the Department of Education is more limited?

The LDF says, in a statement, “Following an era of massive resistance following the Â Brown v. Board of EducationÂ  ruling in 1954, the statutory protections embodied in the original ESEA were designed to ensure that states provided quality educational opportunities to all children, including those traditionally marginalized by state and local educational systems. The ESSA diminishes this historical role by imposing prohibitions on federal oversight and authority.â€

Despite this assessment–Arne Duncan said there’s never a perfect bill, and Weingarten admitted that trusting states to do the right thing remains a legitimate issue–Duncan feels that the bill is worth supporting, and called it essentially a “civil rights bill.â€ Asked if states wouldn’t just dumb down their standards again, he said that state institutions of higher education would determine if students were being properly taught. If high school graduates require remedial courses at state colleges and universities, that would signal that they aren’t college-ready.

Although the bill includes provisions to address states’ lowest performing schools, and the funding for preschool is “historic,â€ as Duncan said, for the most part, zip code still determines the kind of education children in the U.S. receive. NCLB exposed inequities but didn’t develop a plan for eradicating them. Whether or not states will more effectively educate all our nation’s children by implementing ESSA–which means reducing the role of the Department of Education and giving the reins back to the states, which haven’t always responsibly educated low income student populations in the past–remains to be seen.

“It’s in our nation’s best interest to educate every single child, and we need to accelerate the pace of change,â€ Duncan said. Hopefully ESSA, which does retain a role for the federal government to play, will help states do just that.