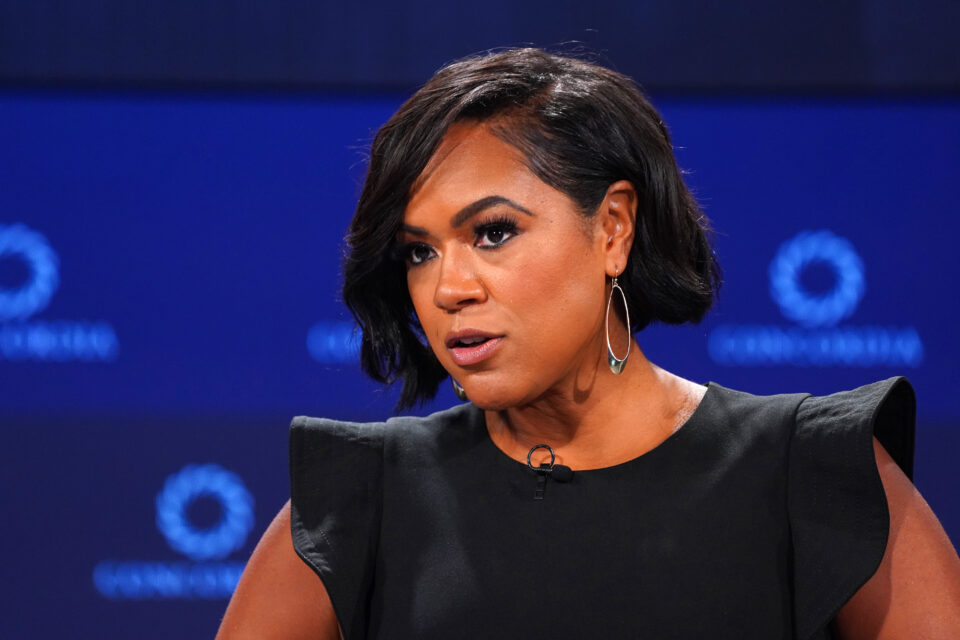 Ex-MSNBC host Tiffany Cross allegedly threatened to “go out in a blaze” and “take down” the cable TV network and its boss, Rashida Jones, after she learned she was getting terminated days ahead of her exit, The New York Post reported.

According to The Post, MSNBC sources alleged the former host of the now-canceled The Cross Connection frantically called other journalists, media executives, and social activists a week before her termination in an attempt to rally support.

Jones and other MSNBC executives were reportedly unaware of the alleged phone calls until after Cross separated from the network.

The Post stated that it is unclear how the television host knew ahead of time about her dismissal, but their sources speculate that her agent had been given the news while trying to negotiate a new contract for Cross.

According to Page Six, Cross hired lawyer Bryan Freedman, who represented Gabrielle Union regarding her treatment after being removed from America’s Got Talent on sister station NBC.

Freedman has also helped Chris Harrison win a bumper payout in his dispute with ABC over The Bachelor.

Sources previously told The Post one of the reasons Cross was terminated had to do with “racking up as much as $100,000 in expenses for five-star hotel stays.”

But they report that a source with the network stated other people within the company frequently stayed at those particular hotels.

Other speculations surround show ratings, where Cross claimed that her show garnered “more than 4.6 million monthly viewers” and was MSNBC’s “highest-rated weekend show.”

For the year, the show averaged 548,000 viewers, according to the Nielsen report.