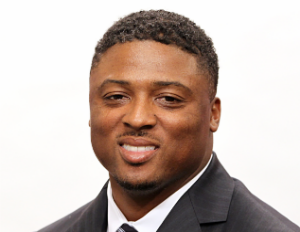 Warrick Dunn has decided to expand his NFL legacy with philanthropy, and he’s giving the gift of homeownership to single parents across the nation.

The former Tampa Bay Bucaneers running back has been able to do this via his nonprofit, Warrick Dunn Charities, which successfully provided at least 144 homes to single parents.

Recipient families are chosen through aÂ partnership with Habitat for Humanity affiliates, with complete home furnishings and down-payment assistance.

One single mother,Â according to reports,Â not only received a new home, but it was fully equipped with furniture and a gift of $5,000.

A single father is the 142nd home @WDCharities in Baton Rouge. There is no place like home. Thankful pic.twitter.com/1LpTyaGfO7

Dunn, a minority owner of the Atlanta Falcons, finds joy in giving back to the community, and has sparked his philanthropy after losing his own mother;Â a police officer who was killed while working security at a second job to support he and his siblings.

Check out footage of Warren giving a home to the very first single parent below: