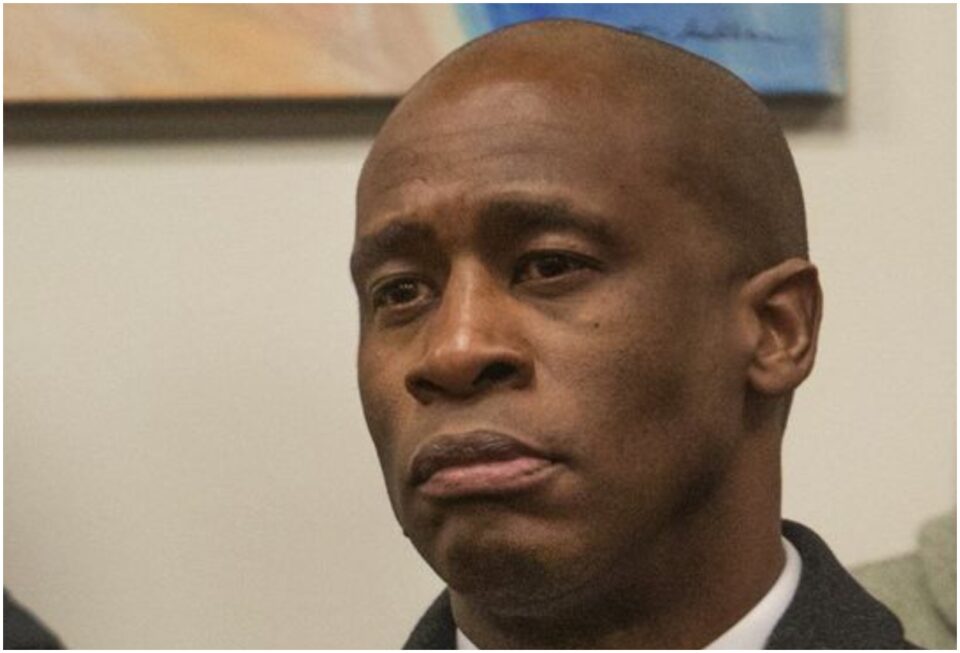 A Black former police officer fired for punching a handcuffed woman in the face during a dispute is suing the police department, claiming that he was terminated due to his race and revenge from an associate. He states the former police chief had a vendetta against him.

According to The Seattle Times, the former police officer, Adley Shepherd, was terminated because he punched a handcuffed woman in the face in 2014. Shepherd filed a lawsuit that alleges the Seattle Police Department was negligent in his training and supervision and unfair in his dismissal because he is Black.

The lawsuit was filed in the U.S. District Court in Seattle.

Former Police Chief Kathleen O’Toole terminated Shepherd in 2016 for punching the woman in the face.

Miyekko Durden-Bosley, the victim, suffered fractured bones and sued the city. She eventually settled that lawsuit for $195,000. In 2018, Shepherd was ordered reinstated by an arbitrator.

In his lawsuit filling, Shepherd stated he threw the punch after he reacted to Durden-Bosley kicking him in the face, and that he did everything he could to de-escalate the situation that arose due to a tense domestic dispute between the woman and her partner.

The lawsuit alleges that his firing was motivated by politics and public opinion. A video of the incident caused public outrage. O’Toole claimed that because of the video, she imposed punishment that went beyond what would be leveled in similar instances where questionable force was used.

“Shepherd brings this case to shed light on his wrongful termination and to prove that he has been damaged as a result of the defendant’s vendetta against him and his unfair and unequal treatment by defendants, as well as their egregious breach of the contracts they have with the Seattle Police [Officers] Guild, of which Shepherd was a member at the time of their wrongful actions against him,” the lawsuit states.

The lawsuit also states that aside from a 10-day suspension, Shepherd had a clean disciplinary record and that O’Toole’s decision amounted to an unfair “one-strike” termination policy in a use-of-force case.

It ends by stating that “other officers who are not African American have been accused of similar questionable use of force incidents and were never terminated either before or since Shepherd’s incident.”