Ex-Twitter Engineer Rants About Diversity, Gets Hired by Slack 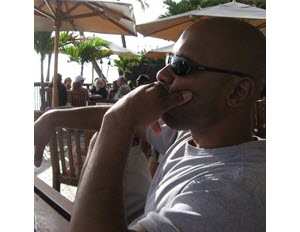 The squeaky wheel gets comeuppance.

Former Twitter engineer, Leslie Miley, who wrote a Medium blog post blasting Twitter’s lack of diversity, has been hired on by Slack.

Miley’s post, which went viral, recalled a low point at the company, which came when he sat in as the only African American at an engineering leadership meeting and heard the Â senior VP of engineering say, “diversity is important, but we can’t lower the bar.â€

Following the meeting, Miley says he worked on a job proposal that would help the company boost its diversity numbers, but recognized that the company’s diversity issue was bigger than him when he was advised to track the pipeline of candidates by creating a tool that would analyze their last name in order to help determine their ethnicity.

“As an engineer, I understand this suggestion and why it may seem logical. However, classifying [ethnicity] by name is problematic …â€ wrote Miley.

Miley joins Slack as a director of engineering for its growth team, reports USA Today.

“The culture Slack is building here, the people they have and the things that they say are important to them really resonate with me as a human being, not just as an African American,” Miley told USA Today. “Empathy and engineering, when was the last time you heard those two words spoken in the same sentence?”

The lack of diversity in the technology industry has been subject to much scrutiny and criticism since technology companies, including Twitter, Apple, Microsoft and Google, have released statistics breaking down the numbers of minorities in their workforce.

Slack, which makes cloud-based collaboration software for teams, has been a proponent for diversity and inclusion in technology.

CEO Stewart Butterfield, wrote a pointed post on the company’s blog last year, about the matter:

At Slack, we believe being an inclusive and diverse workplace is not optional. We understand that our industry is not a welcoming place to everyone and we want to do our part to change that.

Our primary goal is to avoid becoming yet another place where underrepresented groups exit the technology industry. We don’t want to be a place where people give up on their ambitions. All kinds of people should be able to be successful at Slack.

“There are tech ecosystems being developed in other areas that don’t seem to have the ingrained bias and exclusivity that Silicon Valley has,” Miley said to USA Today. “Perhaps they can be a model. There are places out there doing this that don’t look like San Francisco.”