[EXCLUSIVE] Charlamagne: 'The Soul of the Country is at Stake' 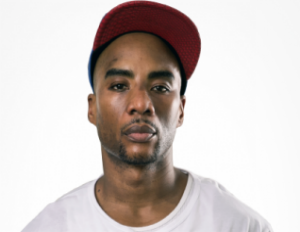 We caught up with Charlamagne to talk about his role as the Respect My Vote! celebrity spokesperson, his thoughts on the election so far, and his frustration with voter suppression efforts.

And you know we had to ask if he really thinks Hillary carries hot sauce in her bag.

When asked what his primary motivation was for getting involved with the Respect My Vote! campaign, the radio personality said he just wanted to do his part to push potential voters to the ballots boxes in November.

Charlamagne also discussed the negative feedback he has gotten from those who subscribe to the belief that the electoral process is “rigged,” and individual votes are meaningless. He was even called a racial slur on social media after posting a picture of the Respect My Vote t-shirt. Check out the video below for the full story:

Check out Part 2 to see Charlamagne’s thoughts on racism in the media, Bernie Sanders, and his infamous interview with Democratic front-runner Hillary Clinton.