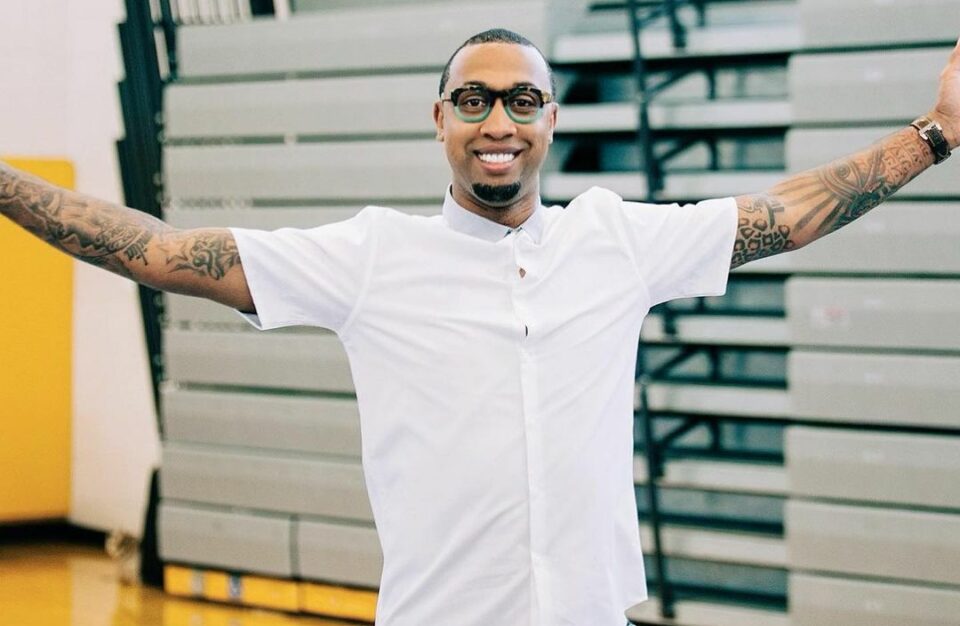 For the past few years, Cortez Bryant has been intentional about leveraging his success as one of Hip-Hop’s biggest power brokers into equity and opportunity for aspiring music executives of color.

The Jackson State University alumn kicked off his entertainment journey when he began touring with his best friend Lil Wayne while still working on his mass communications degree in the early 2000s. But he says that had he not found his calling in music, he likely would have been teaching.

That might explain why throughout his career, as he helped structure groundbreaking deals and partnerships for some of the biggest stars in music including Drake, Nicki Minaj and most recently Lil Nas X, Bryant has always made it a point to make himself available to those seeking to learn from his experience.

In 2020, as the music business came to a standstill, Bryant was one of several industry veterans using Zoom to connect with those who might one day follow in their footsteps. When Black executives called the entertainment industry to task that summer, he saw the opportunity to take his mission a step further by developing Project Go Dark, an incubator program connecting HBCU students to music internships.

Then in November, Bryant partnered with Jesse Williams to launch Assemble, a content platform working to inspire students and young adults of color by allowing them to learn from people who look like them.

““Our philosophy is that you can’t be what you can’t see,” explained CEO Cortney Woodruff in a statement announcing the launch. “Assemble is the first platform to purposely highlight minorities that have worked hard to achieve success in their respective fields and display them to audiences that may be unaware of their success.”

In addition to serving as Assemble’s co-founder and president, Bryant also teaches an Intro To Music Management masterclass on the platform. The launch coincided with another dream he fulfilled last fall: returning to Jackson State as a professor, launching the school’s new Careers In Music

Ahead of kicking off his second semester teaching the course, Bryant spoke to BLACK ENTERPRISE about what he’s learned from his students, Project Go Dark and the impact of “Coach Prime effect” on Jackson State academics.

BE: What was your biggest takeaway from your first semester teaching this course? Was there anything that you didn’t expect or that surprised you?
Bryant: I think my first semester was validation. It was sad to see that in this day and age, kids that grew up in similar ways as myself – black and poor – still lack exposure. They still pretty much equated the music business to being a rapper, singer or producer. They didn’t know about all of the jobs in and around the business. That’s why it was important for me to teach the Careers In Music class to give them that exposure to all the ways they can be [involved] in the music business.

BE: Over the past decade or so we’ve seen more and more courses like yours added to college curriculums across the country, with established execs serving as professors. What impact do you think that makes?
Bryant: I think it’s wonderful that we have other execs and professionals reaching back, especially the ones of color. These kids need to see that representation and get the real on what that journey really looks like in the business. Because there are just some things you can’t put in a textbook. The Black Music Action Coalition (BMAC), a group of industry artist and execs, was formed post-George Floyd in order to have these types of conversations and try to solve the problem of equality in our industry. We’ve been doing great work! BMAC supported and secured the funds for Project Go Dark, which is a program created by my non-profit, The Cortez Bryant Foundation.

BE: Tell us a little more about the program.
Bryant: It’s a music business pipeline program that, in our inaugural year brought, 10 HBCU students to Atlanta for a two-week masterclass on the business. Afterwards, the program matches them with paid internships for 6 weeks with music companies around the city. Most of the kids were offered jobs after their internships! Just some of the other ways where I’m trying to solve this equality problem and train more black executives!

BE: During the lockdown at the start of the pandemic, we saw a lot of music business education happening online, do you think that’s made an impact?
Bryant: I think we are planting the seeds, we shall see what that yields. I have met so many brilliant young minds so hopefully the future is looking bright!

BE: Is your spring curriculum for Careers In Music different than it was in the fall?
Bryant: The curriculum will be the same but i have big partner ill be announcing in the next couple weeks that will take the course to the next level!!

BE: Are there plans at JSU to expand the offerings when it comes to music business education?
Bryant: Yes! Careers in Music is just the beginning. We will be launching a full-fledged music business degree program!

BE: Do you think the academic departments at JSU are benefitting from the increased attention and top tier recruits Deion Sanders is attracting to the football program?
Bryant: Absolutely! Not only has the school been benefitting from the Coach Prime effect but the city of Jackson, MS as a whole. Our fanbase and alumni are active and excited! Companies are pouring money into our school. It’s an amazing start, but our HBCUs need financial help as a whole to give these students the resources to play on an equal playing field. So if you’re reading this donate to an HBCU!