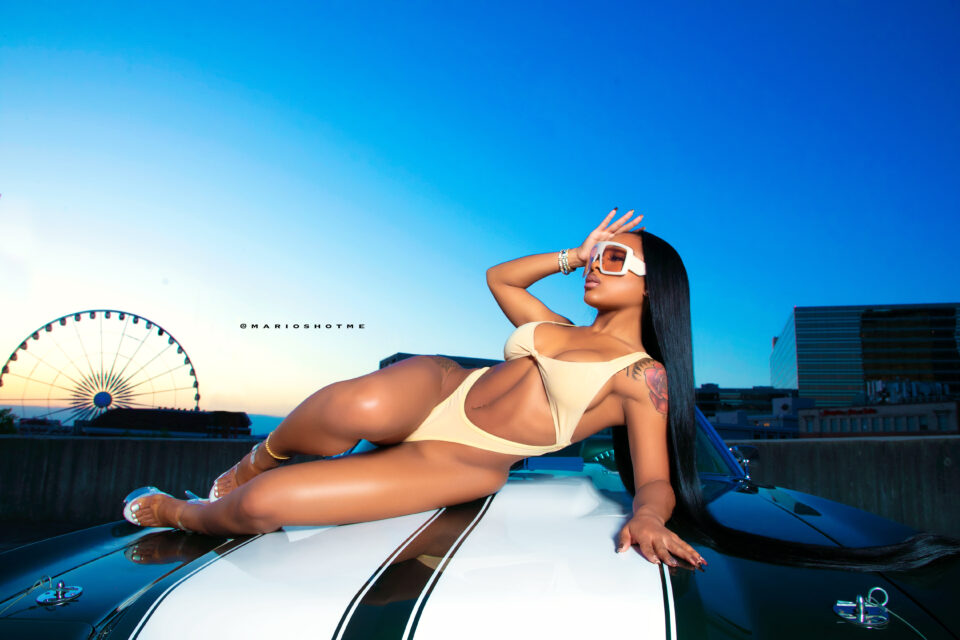 Popular model, entrepreneur, and social media influencer Jayda Cheaves is officially expanding her service line to include her very own Waydamin merch line.

The launch comes after years of Cheaves strengthening her net worth and following through with her relatability and brand appeal. With nearly 6 million Instagram followers and an ambassador position with Pretty Little Thing, now is the perfect time for Cheaves to scale her product line with her own fashion pieces.

In celebration of her 24th birthday, the young mogul is releasing her first official apparel company as a gift to her fans. Last month, she dropped a teaser video promoting the merch line’s upcoming release.

A highlight post from the Waydamin Instagram page highlights some of the inaugural collection. Pieces include bodysuits, shapewear, sweatsuits, two-piece sets, and swimwear.

Fans often see influencers getting paid to promote other companies. Jayda has secured brand ambassador deals with some of the top fashion labels on social media.

But after years of helping others secure their bottom line, Jayda is ready to expand her own empire. Much like what has been done by the Kardashian-Jenner family, there are many Black influencers with just as much star power and reach. Now Jayda is breaking away from the typical paid postings on social media and will now be sporting some of her own designs.

“The boss @jaydacheaves in our nude version sweatsuit who’s ready? Drop a “🖤” if you are,” Waydamin captioned one post of Jayda sporting one for their signature sweatsuits.

Swarms of her fans flooded the comments with black heart emojis sharing their excitement for the new ensemble pieces.

“Can’t waitt to get thissss,” said one supporter. “I’ll buy this now,” added another.

Jayda has her sights set on moguldom and she’s well on her way one business launch at a time. Her fans no longer have to “Waydamin” to get their hands on her official apparel line.