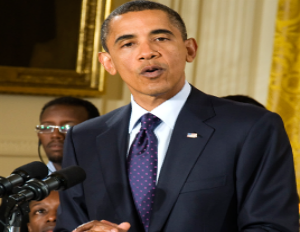 The message at the U.S.-Africa Business Forum hosted by Bloomberg Philanthropies and U.S. Commerce Department, was loud and clear: Africa is open for business.

As part of the US-Africa Leaders Summit – the largest gathering of African heads of state initiated by President Obama after his visit to the continent last year – the opening panel, “Expanding Opportunities: The New Era for Business,” explored how US companies can further develop partnerships with African countries and companies.

In remarks before the panel, Commerce Secretary Penny Pritzker asserted that this was an advantageous time for American Industry related to stats about the continent’s economic trajectory.â€Ž Real income has increased more than 30 percent. According to the African Development Bank, the middle class has tripled over the past 30 years to 355 million, more than 34 percent of the population. And Africa is home to six out of the 10 fastest- growing economies in the world. “The time to do business in Africa is no longer five years away,” she says. “It’s now.”

Former President Bill Clinton, the panel’s moderator,Â agreed, citing that the US has lost ground to Europe and China in building vital business relationships. Moreover, although there has been growth in oil, gas and precious metals, there are real opportunities for US firms to cash in on the need for “economic diversification.” He views such factors as greater access to the power grid and the continued use of mobile devices as prime opportunities.

Clinton says, “First, US companies must realize that the continent is not a country.” These firms, he maintains,Â will have to develop relationships inÂ 54 countries with diverse cultures, languages, industries, laws and economies.

GE’s Immelt asserts that “Africa is wide open for us.” For companies to be successful, they must be willing to accept risk in making an investment in African industries as they would in any offshore venture as well as design local-driven operations.

Walmart has applied the local model through acquisition.â€Ž For example, the retailer acquired South Africa-based Massmart a few years ago, says McMillon, to strengthen its supply chain and offer customers such high-demand goods as fresh produce. He also maintains thatÂ the company’s development of commercial activities within the continent has been eased by “our learnings from Latin America.”

Part of the equation, however, includes tackling â€Žpressing challenges like jobs training and infrastructure development.Â Mahanyele of the Shanduka Group believes there mustÂ be a laser-beam focus on training young workers between the ages of 15 andÂ 25, which represent 60 percent of the population.

“The key issue is to make sure that the workforce is educated so that they can contribute to the continued growth of our continent,” she says. “You have to be willing to invest in people and infrastructure.” She points to McDonald’s development of youth training programs in South Africa as a game-changing example.

Nigerian billionaire entrepreneurâ€Ž Dangote says a number of factors must be addressed in order forÂ the US and Africa to strengthen their ties. “With a $15 trillion in GDP, there is a lot of perceived risk because American corporations don’t know our story,” he says.

In citing that “increased growth in Africa will come from power,” Dangote announced a $5 billion partnership with Blackstone-backed Black Rhino to invest in energy infrastructure inÂ  Sub-Saharan Africa.
â€Ž

He stressed that asÂ US and Africa seek to bolster their commercial bonds, there’s room a deeper business connection between African companies and African American entrepreneurs. Dangote told BlackEnterprise.com:â€Ž “Most African American entrepreneurs need to realize that Africa has changed and it is not the same as it was 20, 30 years ago. They must visit. They must build relationships. We need to get to know each other better.”