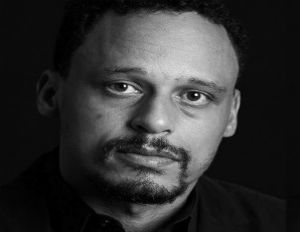 Born into greatness as the son of legendary basketball player Julius “Dr. J” Erving, Julius “J” Erving, Jr. has charted a career for himself that goes beyond his father’s shadows.

As co-president of Atom Factory, a talent management company that represents artists like Miguel, John Legend and Nico & Vinz, Erving has used his connections in music to build upon business ventures within the tech and fashion space. A graduate of Clark Atlanta University, Erving got his start in music by doing street promotions and working alongside groups like Mobb Deep and Wu-Tang. Now, as a music executive with investments in Uber, Spotify, a Target school supply line and children’s boutique called Black Sheep Mob under his belt, Erving spoke to BlackEnterprise.com about his growing profile as a business mogul.

BlackEnterprise.com: Explain your role as co-president at Atom Factory.

Erving: We’re an entertainment management company. We manage artists and musicians and we handle everything from touring to liaisons with the label. We oversee things with business managers and lawyers, and we work with [artists] on making records.

How did you and Atom Factory founder Troy Carter’s business relationship come about?

We’re both from Philly and we were connected through a mutual friend. Probably three to four months after us really meeting we became business partners.

As someone with several different business ventures, how important has it been for you to have multiple streams of revenue and expand your rÃ©sumÃ© outside the music industry?

I don’t think those are driven by money. Those projects are driven by my entrepreneurial spirit and from the fact that they’re for specific things. The school supplies line will hopefully provide supplies to hundreds of thousands of children in need. One of the things that I recognized is that if a kid comes to school not doing the things they are supposed to do, some of that is led by kids not having the tools they need to be successful in school. If any of us go to work and don’t have the things that we need to do our job, it will be impossible for us to do it.

When will the Target school supply line launch?

We launch in Target this year, so back to school 2015. The company I partnered with is a company called Yoobi and we brought in Usher. He curated the line and brought in a street artist name Jonni Cheatwood to help.

When trying to get these outside projects off the ground did you face any challenges with building key business relationships?

There are always challenges when you move to other areas that are not your core business. But I’ve been able to meet some really great people along the way. In terms of technology, some of our investments on the technology side deal with trying to figure out how to integrate music into other platforms. We realized in order to be successful as music managers we have to be aware of where technology was going and how we use it to benefit our clients. So we started to educate ourselves about the space and I think some of our investments reflected that. I wanted to invest in things that I could understand how they work and how they affect me and my life. So that was my approach to investing on the tech side. We really took the time to educate ourselves on technology, the platforms that we invested in and how they work.