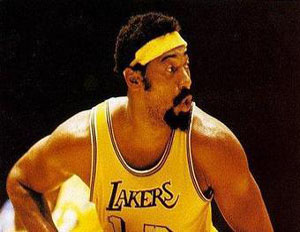 Nothing like having career receipts that add up to a legacy worth commemorating via your likeness on a postal stamp. And though who or what image will be featured on stamps is typically kept top-secret, The Washington Post was able to get the most recent list of what’s in store for this year and 2015.

Celebrities and notable leaders are chosen via a collaboration between the Postal Service’s marketing staff and a committee of prominent Americans appointed by the postmaster general to come up with ideas. While some stamps are currently in the design phase, others are still awaiting ideas from the Postal Service’s art staff, according to the report.

Key African-American figures slated for their likenesses on stamps are NBA superstar Wilt Chamberlain, legendary rocker Jimi Hendrix and the ‘Godfather of Soul’ James Brown. Also, for their collectible Black Heritage stamps, Robert Robinson Taylor, the first accredited African American architect in the United States, and Shirley Chisholm, the first major-party African-American candidate to run for the 1972 Democratic nomination for U.S. president, are expected to have their likenesses on the stamp.

Although plans for prominent figures to be included are in the works, Susan McGowan, the Postal Service’s executive director for stamp services and corporate licensing, told the Washington Post that the list is “subject to changeâ€ at any time.