Expecting to Work in Retirement? Don't Count On It 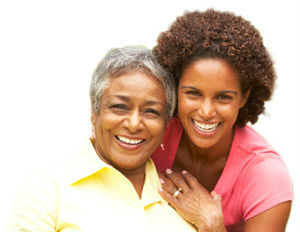 Unless you’ve been living under a very old rock, you’ve probably heard some story or seen some report about how financially unprepared Americans are for retirement. The latest scary statistic I’ve seen is a GAO report that says about half of households age 55 or older have no retirement savings, like a 401 (k) or IRA.

Given the state of our retirement savings, (or lack thereof), it’s not surprising that many financial planners, experts, etc., are advising clients and audiences to get real with the idea that they may have to work during retirement.

While being productive and earning income during the ‘golden years’ may be a financial necessity, the reality is that few people are actually able to do it. A survey, commissioned by Bankers Life Center for a Secure Retirement, found that nearly 70% of retired middle-income Baby Boomers say they retired earlier than expected.

(The study defines middle-income as those Americans with annual household income between $25,000 and $100,000 with less than $1 million in investable assets.)

Among those retirees who retired earlier than expected, nearly 80% did so for reasons “that were not in their control,â€ such as personal health, being laid off, or to care for a loved one.

“Some people say they’ll never retire and will continue working until they drop. Staying employed is the best retirement strategy you can have, but it doesn’t always work out that way, “says Scott Goldberg, President of Bankers Life.

“Chalk it up to one more misconception about retirement. We tend to underestimate how long we will live and overestimate the returns on our investments, and how long we can work,â€ he adds.

Goldberg adds that while it’s important to make financial choices early in life so that you can support your retired lifestyle, you must do the same for your health.

“Most people think they will get in shape after retirement. The reality is that you’ve got to take care of your health earlier so that you have an opportunity to stay employed.â€