The police killing of George Floyd in Minnesota has placed police killings of unarmed Black people back in the spotlight. The event that directly led up to the police being called resulted in a tragedy that could have been avoided. Floyd was accused of passing a counterfeit bill at a store and instead of not accepting the bill to negate the sale,  the store clerk called the police instead, which led to former police officer Derek Chauvin killing Floyd.

According to The Star Tribune, criminal justice reform experts and diversity specialists who are watching the Chauvin trial have placed their hopes that retailers will think about how they are treating people of color when it comes to similar situations.

“While interactions with the police can be fairly infrequent, everyone shops,” said Cassi Pitt­man Claytor, a sociology professor at Case Western Reserve University in Cleveland. “When [Black people] are asked about the contexts where they are treated unfairly due to their race … shopping in a store ranks above all other settings, including interactions with the police.”

Ever since Floyd died last May, many retailers, small and large, are trying to make changes to how they engage when it comes to racial inequity. Yet, some criminal justice reform advocates feel that retailers should be creating policies to address how racial bias negatively impacts customers.

The owner of the Cup Foods store where the manager called the police on Floyd has already stated that they would no longer contact the police when there are cases of nonviolent crimes. Yet, Hussein Khatib, who is the co-owner of Adam’s Food and Fuel, on St. Paul’s East Side, said he doesn’t usually call the police when he has minor problems at his gas station. He typically tries to de-escalate situations. 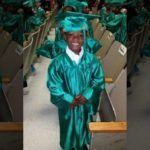 A 9-Year-Old Accidentally Shot An 11-Year-Old To Death, Mom Was Out Shopping 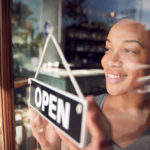 FacebookTwitterYoutube
← A 9-Year-Old Accidentally Shot An 11-Year-Old To Death, Mom Was Out Shopping ← State Governments Need to Intentionally Address Equity in Access to Capital for Black and Brown Entrepreneurs
×
'