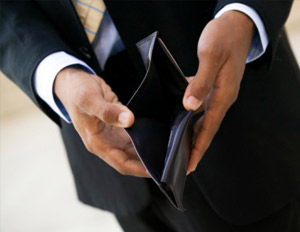 It’s no secret that Facebook can be a time-drain, but a new study shows that it is also a money drain as well.

The two professors found that the bigger a person’s social network was, the higher their mass body index was as well as their credit card debt load. The loss of self-control leads to over-shopping and over-eating.

Facebook, the world’s largest social network with more than 1 billion users worldwide to date, is the biggest culprit because people spend so much time on the site. Americans average 700 million minutes per month on the website according to the study. Stephen and Wilcox found that the more time spent on the site led to increased credit card debt.

The study corroborates other research that shows that people who have a hard time denying themselves tend to have higher credit card debt and poor eating habits. A 2002 study by the University of Cyprus shows that nearly 40 percent of credit card users blame their lack of self-discipline as a part of the reason they are in credit card debt.