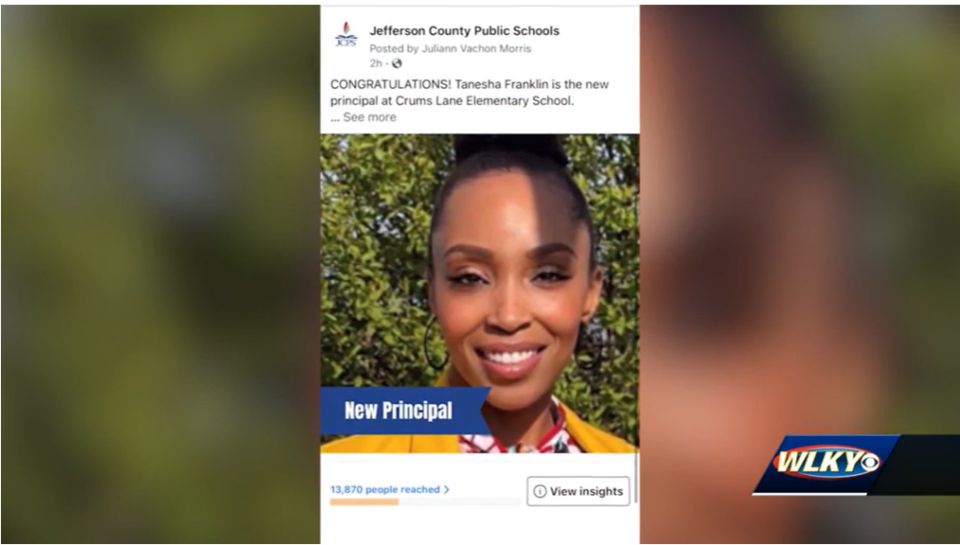 Facebook dealt with many racial bias discrepancies. The most recent episode includes the Jefferson County Public Schools, which always posts on their social media site when they hire new principals, according to Carolyn Callahan, JCPS chief of communications.

However, whenever the school district highlighted a Black principal, the site unceremoniously took the post down, The Courier-Journal reports.

Since May, Jefferson County Public Schools published 11 Facebook posts to welcome new principals to the school district. Out of the 11 principals highlighted, six were white, five were Black, and all the posts with Black principles were cited for violating “Community Standards on spam” and taken down, according to the Courier-Journal.

Yet, the posts welcoming the six white principals remained on the social site, WLKY reports.

“This is a celebratory moment for them, for their students, for their families, for everyone,” Callahan said, WLKY reports.

“These are getting great engagement before they are taken down, too,” Callahan added. “Our principals are noticing. Our most recent principal that was put up sent us an email and said, ‘Hey, why was this taken down? I didn’t even get to read the congratulatory comments yet. What’s going on?'”

Callahan sought the advice of experts to see what could trigger Facebook to remove the posts.

“During this process, we talked to some experts and they said, ‘Well, why don’t you change the way the graphic looks a little. Change up some of the wording. Maybe that’s what’s triggering it. They think you’re posting the same thing over and over and over again, and they’re marking it as spam,’ Callahan said.

JCPS Chief Equity Officer John Marshall expressed his frustration when the changes were made and once again removed.

“It’s very concerning considering the fact that this district, as you know, is very serious about our racial equity policy, very serious about diversifying our hiring staff and leadership, and wanted to celebrate all the principals,” Marshall said.

Meta, Facebook’s parent company, received a call from Congressman John Yarmuth‘s office and rectified the problem with JCPS Tuesday night, according to WLKY.

As of Tuesday evening, Callahan spoke with a Facebook representative, and all the posts featuring the Black principals were restored. The technology conglomerate issued a statement through its spokesperson, Andy Stone, who said the company is investigating the error, The Courier-Journal reports.

“These posts were mistakenly removed by our automated system,” he wrote. “We sincerely regret the error and are looking into how it happened.”