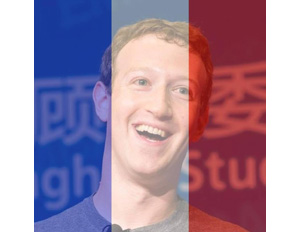 In the wake of the terror attacks that hit Paris, France, Facebook enabled a feature called “Safety Check,â€ allowing Facebook users in Paris to check-in so that loved ones would know they were safe.

Yesterday, we activated Safety Check in Paris so that people there could let their friends and family know they were okay during the horrific events that took place. Communication is critical in moments of crisis, both for the people affected and for those far away who are anxious for news. People already turn to Facebook to check on loved ones and get updates during times like this and we created Safety Check to make these connections even easier.

The post quickly received comments from many outraged that Facebook made the feature available for those in France and did not for prior terrorist attacks most of which occurred in the non-Western world.

Many also criticized that fact that Facebook allowed users of its platform to overlay their profile pic with the flag of France and did not offer that capability when other countries lost citizens from terrorism.

Facebook CEO Mark Zuckerberg responded to the criticism on his personal Facebook page. He wrote that many “rightfullyâ€ asked why Safety Check was turned on for France and not for attacks in Beirut or other places.

He further commented that up until the France attacks, Facebook’s policy was to enable the feature only in the event of natural disasters. Zuckerberg wrote that Facebook changed its policy going forward and that Safety Check will be available in the unfortunate event of human disasters as well as natural ones.

“We care about all people equally, and we will work hard to help people suffering in as many of these situations as we can,â€ Zuckerberg wrote.

The use of Facebook for social justice issues and for national mourning has become standard across the globe. This past summer, more than 26 million Facebook users added a rainbow flag filter to their profile picture in support of same-sex marriage.

“Openly declaring your support for gay marriage or dissatisfaction with modern policing [on social media] can create a brief moment where people who see the image have to think about the issue,â€ Philip Howard, a sociologist at the University of Washington and the director of the Digital Activism Research Project told The Washington Post.