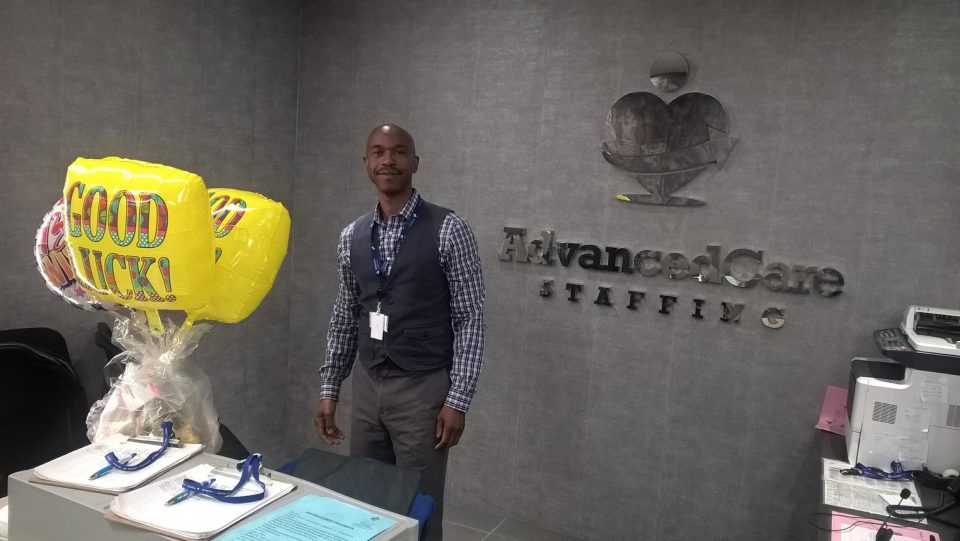 ExDonovan Peak had a bachelor’s degree, a job as a respiratory therapist, and a girlfriend, but at 29 found himself facing a five-year plea deal stemming from a drug conspiracy.

“I didn’t value what I had achieved in life,” Peak says. “So I found myself mixed up with the wrong people and I got myself caught up in a drug conspiracy.”

On the advice of his lawyer, Peak rejected the deal and went to trial, where he was sentenced to 30 years.

“It was devastating, you know I’m an only child, I had a woman that I loved, I had a daughter, I had a family,” Peak tells Black Enterprise. “It’s sort of surreal because you don’t even understand it.”

Peak would spend the next 19 and a half years in prison, but he didn’t let it stop him from learning and growing.

Instead of feeling bad for himself, Peak used his prison to time to keep growing as a person. He studied religion and meditation, learning more about himself. Peak also began studying the law and how to use the system.

During his time incarcerated, Peak spent the years in penitentiaries located in Pennsylvania, New Jersey, and North Carolina. Peak also has a great support system between his friends and his mother, who visited him regularly.

With Peak’s family supporting him on the outside, he spent most of his time on the inside focused on personal growth.

“I learned the law and fought my case but I also got into spirituality, so I was able to focus on the things I needed to focus on to live the best life that I could on the inside.”

While he was on the inside, Peak never gave up hope that one day he would be out again. During his time in prison, Peak saw a slowly changing legal landscape. He paid attention to changes in the laws and the prison system when it came to non-violent drug offenders.

When President Barack Obama ended his presidential term in 2016, he granted clemency to 231 individuals and Peak was one of them.

“When I found out I was going to be released through clemency, it was the most incredible experience I’ve ever had in my life, in fact I was speechless,” Peak says. “Now my life has changed again that I can do everything that I wanted to do in life that I had a second chance and a third chance. It took a lot for someone such as myself to gain their life back.”

When Peak got out of prison, he made a point of not rushing back into life right away. He got a part-time job in a kitchen two days a week and spent the rest of the time reading, doing research on the internet, and figuring out he wanted his long-term goals to be.

“I was able to learn technology, I was able to search the internet for opportunities, see if I wanted to go back to school or not,” Peak says. “I lived with my mom at the time and I was focused on how to speed up my transition.”

Peak was on supervised release and couldn’t leave the state of New York for a year. During that time he worked several odd jobs, before a part-time HR job turned into a full-time position.

After a year passed and he got off supervised release, Peak relocated as soon as he could to Atlanta to be with his girlfriend.

“After I got off supervised release, I moved out of New York. I realized I couldn’t get anything done because New York is a very expensive market,” Peak says. “I didn’t have anyone there to help me and to do the things I wanted to do, so I left.”

When he got to Atlanta, Peak continued to work odd jobs at a car wash, as an Uber driver, a specimen collector, and a mental health counselor.

Peak eventually became a driver for Guayaki Yerba Mate, a line of high energy beverages. Peak worked his way up from a driver in 2019 to a recruiter less than a year later.

Today, Peak is an area manager for the company, managing nine people in four different states. He also owns a rental property and flipped a house in Atlanta, making more than $60,000 in profit.

Peak is now looking to expand in real estate.

Sitting in prison for 20 years is something most people cannot imagine but for Peak this was literally a fight for his life. “When the first real fight you have in life is a fight for your life, all fights after that don’t even compare,” he says.

When asked what he would say to someone who may be in prison now, seeing a future decades away, Peak says just because you’re in prison, life doesn’t end.

“A lot of people say they want this and they want that but their actions don’t actually show that,” Peak says. “Once I got inside I said ‘I have a 30-year sentence, I’m not going to worry about love, family, 401(k), cars, all of that stuff. My main focus is gonna be me living the best life that I can, so when I hit these streets I can be articulate, knowledgeable, and be someone that a person can look at and say he deserves an opportunity.”