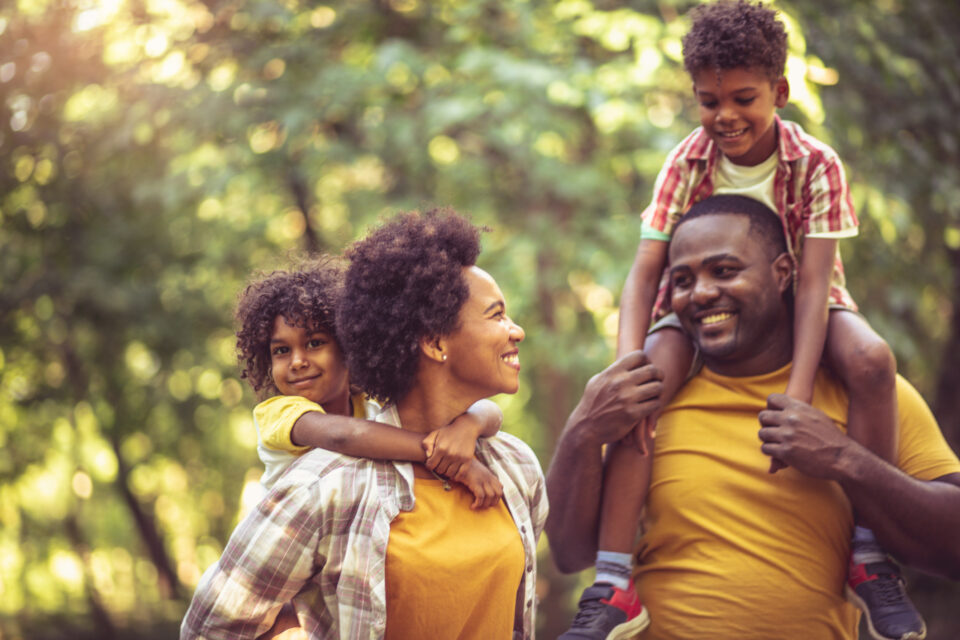 By signing the Inflation Reduction Act, President Biden is delivering on his promise to build an economy that works for working families, including Black families.

The Inflation Reduction Act lowers prescription drug costs, health care costs, and energy costs. It’s the most aggressive action we have taken to confront the climate crisis. It’ll lower the deficit and ask the super wealthy and corporations to pay their fair share. And no one making under $400,000 per year will pay a penny more in taxes, according to a press release.

President Biden and Congressional Democrats beat back the special interests to pass this historic legislation that lowers costs for Black Americans and their families, advances environmental justice while building a cleaner future, and grows the economy from the bottom up and the middle out.

Lower Prescription Drug Costs for Seniors: Americans pay two to three times more for their prescription drugs than people in other wealthy countries. High prices contribute to racial and ethnic health inequities.  Among adults 65 and older, Black Medicare beneficiaries were roughly 1.5 times as likely as white beneficiaries to have trouble affording medications, and about two times as likely to not fill needed prescriptions due to cost. For example, a recent study of shingles vaccination rates among older Americans showed non-Latino white Americans were over two times as likely to have received the shingles vaccine than Black Americans, due in part to difficulty affording the shingles vaccine. The Inflation Reduction Act will help close the gap in access to medication by improving prescription drug coverage and lowering drug prices in Medicare. The law:

– Caps the amount that seniors will have to pay for insulin at $35 for a month’s supply.

– Provides access to a number of additional free vaccines, including the shingles vaccine, for Medicare beneficiaries.

– Will further lower prescription drug costs for seniors by allowing Medicare to negotiate the price of high-cost drugs and requiring drug manufacturers to pay Medicare a rebate when they raise prices faster than inflation.

– The Inflation Reduction Act locks in lower monthly premiums — more than three quarters of uninsured Black Americans had access to a plan with a monthly premium of $50 or less and about two thirds could find a plan for $0-premium plan in 2021.

– By continuing the improvements made through ARP, the Inflation Reduction Act will help keep free or low-cost health insurance available. Over half a million more Black Americans will have health insurance coverage next year, compared to without the IRA.

The Inflation Reduction Act takes the most aggressive action on climate and clean energy in American history. The legislation will bring down energy costs for Black families and create thousands of good jobs, all while reducing climate pollution and ensuring that we have a clean, secure future energy supply. It will:

Make Home Efficiency Upgrades More Affordable: The Inflation Reduction Act will make it more affordable for families to purchase energy efficient and electric appliances when they need to replace everyday home appliances and equipment. And, these appliances will save families money on their utility bills in the long run.

– When families need to replace air conditioners, water heaters, or furnaces, they can save up to 30% with tax credits for efficient heating and cooling equipment that will save them hundreds of dollars on utility bills.

– Households can save up to 30% with tax credits for home construction projects on windows, doors, insulation, or other weatherization measures that prevent energy from escaping homes.

– If families need to replace or upgrade stoves, ovens, or other home appliances, they can receive direct rebates when buying more energy efficient and electric appliances that can lower future utility bill by at least $350 per year.

– Overall, families that take advantage of clean energy tax credits can save more than $1,000 per year.

– Creates a new Clean Energy and Sustainability Accelerator that will seed state and local clean energy financing institutions, support the deployment of distributed zero-emission technologies like heat-pumps, community solar and EV charging, while prioritizing over 50% of its investments in disadvantaged communities.

– Funds a range of programs to reduce air pollution, including for fenceline monitoring and screening near industrial facilities, air quality sensors in disadvantaged communities, new and upgraded multipollutant monitoring sites, and monitoring and mitigation of methane and wood heater emissions.

– Expanding USDA’s Urban and Community Forestry Program with tree-planting projects that help cool neighborhoods, with a priority for projects that benefit underserved communities.

– Advancing transportation equity and resilience with a new Neighborhood Access and Equity Grant program to improve walkability, safety, and affordability, including projects to protect against extreme heat, flooding, and other impacts.

Lower Costs for Small Businesses: The Inflation Reduction Act includes a number of provisions that will save small business owners money.

– Small businesses can receive a tax credit that covers 30% of the cost of switching over to low-cost solar power — lowering operating costs and protecting against the volatile energy prices that are currently squeezing small businesses.

President Trump and Congressional Republicans’ 2017 tax law only made an unfair tax system worse. The Inflation Reduction Act of 2022 is a critical step forward in making our tax code fairer. It will raise revenue by:

– Ensuring that high-income people and large corporations pay the taxes they already owe.

– Cracking down on large, profitable corporations that currently get away with paying no federal income tax.

– Imposing a one percent surcharge on corporate stock buybacks that will encourage businesses to invest.

The legislation’s tax reforms won’t just raise revenue to finance critically needed investments to lower costs and combat climate change, they are also an important component of building an economy that rewards work rather than wealth and doesn’t let the rich and powerful get away with playing by a separate set of rules.

Millions of working families will have better access to the benefits they are entitled to under the tax code and be able to get their questions answered quickly and efficiently, thanks to the Act’s transformational investments in the Internal Revenue Service. And, no family making less than $400,000 per year will see their taxes go up by a single cent.