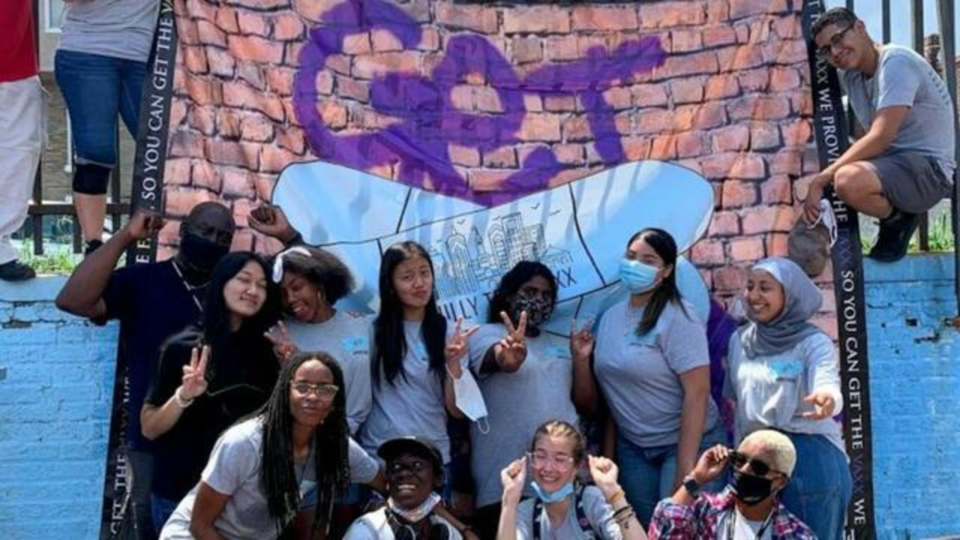 A group of Philadelphia teenagers has taken it upon themselves to educate and encourage their peers to get vaccinated this back-to-school season.

Philly Teen VAXX Ambassadors comprises 27 teenagers who volunteered through the Philadelphia School District to share information about the vaccine. CBS News reported that youth under 17 are the least vaccinated of any eligible group to receive the vaccine.

For one teen whose entire family contracted COVID-19, the group’s mission is personal.

“There’s a lot of false information out there, especially with social media being around. So that’s where Philly Teen VAXX comes in. We’re there to spread real information, let them know what’s up,” 17-year-old Angely Keosann told CBS.

The group’s tagline is: “We provide the facts, so you can get the vax.” Two ambassadors, Keren Abraham, 17, and Devon Hester, 13, help organize events, canvas neighborhoods, and debunk vaccine rumors on social media.

Philly TeenVaxx Ambassador’s “Provided the VAXX FAXX” to Sojourner Girls Leadership Camp! It was amazing! These young people are definitely making a positive impact in their community. After camp… they presented at the PA Association of Community Health Centers. pic.twitter.com/D4LhA4D2SG

“The main ones we’ve definitely heard were the magnet one, which was very popular on TikTok. Basically, it’s like you get the vaccine, and you can stick the magnet to where you got your shot,” Abraham said.

The group has hosted several events, including “VAXX-IT-BALL” where youth can play basketball and get vaccinated at a local playground. More than 100 teenagers received the vaccine at the gathering, according to local WPVI-TV.

They also participated in a “Back To School JAM!” that provided free vaccinations, school supplies, food, and entertainment.

Parents and guardians were encouraged to be available in person or by phone for verbal consent.

Several teens expressed they were hesitant at one of the VAXX Ambassador events, according to CBS.

Dr. Sage Myers, who facilitates community vaccinations for the children’s hospital of Philadelphia, said social media adds to teen’s hesitancy. She said memes and threads had been a detriment to them getting the vaccines, but the program’s positive messaging has been able to counter those effects.