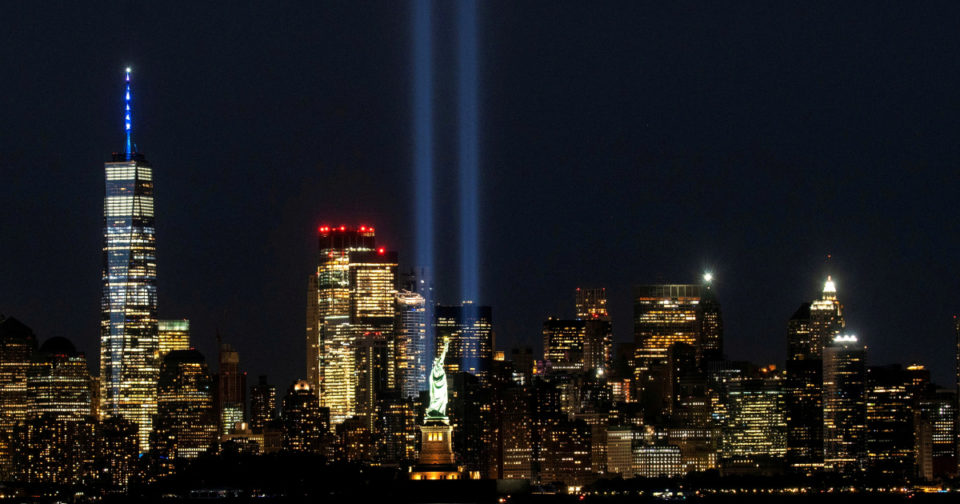 A picture of the lights that commemorate the Sept. 11 attacks in New York. Image: Twitter/@AJEnglish

More than 1,500 Americans who were directly affected by the September, 11 2001 terrorist attacks are opposing President Joe Biden’s participation in any memorial events.

NBC News reports the group is steadfast in its opposition of Biden’s appearance at any 9/11 related events unless he upholds his pledge to declassify U.S. government evidence they believe will show a link between Saudi Arabian leaders and the attacks.

Family members of the victims as well as first responders and survivors, released a statement Friday calling on Biden to skip events in New York, Pennsylvania and at the Pentagon, if he does not release the documents. The group added that when he was running for President, Biden pledged to be more transparent and release as much information as possible on the attacks.

“Since the conclusion of the 9/11 Commission in 2004 much investigative evidence has been uncovered
implicating Saudi government officials in supporting the attacks. Through multiple administrations, the
Department of Justice and the FBI have actively sought to keep this information secret and prevent the
American people from learning the full truth about the 9/11 attacks” the statement says.

In addition to the documents, the group is requesting supporting evidence into the attacks that investigated Saudi links and was completed in 2016. The 9/11 Commission report called Saudi Arabia a “problematic ally, ” but the investigation found no evidence showing Saudi leaders assisted in the attacks.

The investigation did find that Saudi nationals were a significant source of funding for Al Qaeda. The Saudi government has denied any wrongdoing in the 9/11 attacks, but families of the victims are not convinced.

White House Spokeswoman Jen Psaki said at a news conference Friday that Biden remains committed to the pledge he made as a candidate “to work constructively on resolving issues relating to the previous administrations’ invocation of the states secrets privilege.”