Many Family Businesses Struggle to Survive Past the Second Generation 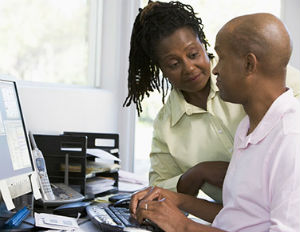 More than a quarter (28 percent) of respondents from family-owned businesses indicated that they do not have a board of directors.Â Of the family businesses that have a formal board, only 39 percent are controlled by a majority of non-family, non-executive members. Moreover, two-thirds of boards have fewer than 30 percent female membership and 28 percent have no female board members.

The survey further revealed that succession planning is another area of governance where many businesses have not been proactive: Close to half (49 percent) of respondents say they only review succession plans when a change in management requires it. Similarly, 41 percent do not have leadership contingency plans. Moreover, 42 percent of non-executive family members are unfamiliar with succession plans.

“Family-owned businesses are a huge component of the U.S. economy, and their attention to good governance practices can have an impact on success and failure,” saysÂ Tom McGee, national managing partner of Deloitte Growth Enterprise Services, Deloitte LLP. “Given that these companies are considered engines of job creation, a sharper focus on governance is important to their longevity, and to the success of our economy as a whole.”

“Many family-owned businesses struggle to maintain their family-owned status past the second generation,” adds McGee. “And while succession planning can be an uncomfortable topic for owners, especially founders, it is critical to the success of an enterprise. By creating a stronger governance and succession strategy, a family-owned business is much more likely to preserve the founder’s long-term vision for generations to come.”