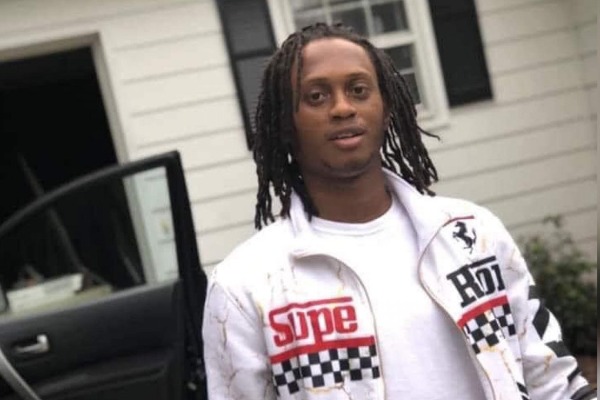 Courtesy of the Stewart family

The family of a 27-year-old Black male who was stabbed to death in St. Paul, Minnesota, by a white male one month ago is still seeking answers.

On Thursday, the family of Arnell “AJ” Stewart held a press conference expressing their outrage over the fact Stewart’s killer was released on a $500,000 bond a few days after the Dec. 2 murder, Star Tribune reports. His mother, Tabitha Lewis, is heartbroken over the loss of her son on her birthday, one day after he was fatally stabbed over a parking dispute.

“This is so unjustified,” Lewis said through tears. “There is no word that I could write down to explain that part.”

Brian Kjellberg, 50, was arrested and charged with unintentional second-degree murder shortly after stabbing Stewart with a sharpened piece of 1/4-inch stainless steel pipe. He initially had a $1 million bond. But he was somehow released on a $500,000 bond just a few days later after his bail was lowered by Ramsey County District Judge Richard Kyle Jr.

Stewart’s family has launched the Justice for AJ Coalition to demand that Kjellberg be held accountable for Stewart’s death. Thursday’s press conference was held at the Indigenous Roots Cultural Arts Center and included the family’s attorney and members of the press.

In the police report, Kjellberg claimed he caught Stewart trying to steal his car and that Stewart punched him in the face after being confronted. Kjellberg claims he stabbed Stewart with the metal pipe out of fear for his life.

But Stewart’s family questions why there were no visible bruises in his mugshot.

“You say my cousin punched him in his face; I don’t see that,” Stewart’s cousin Lateeshia Coleman said. “You say a fight was happening; I don’t believe that. In his booking picture he had no bruises. He didn’t look like he was defending himself.”

The family is demanding that Ramsey County Attorney John Choi charge Kjellberg with first-degree murder and false imprisonment charges and want any video, audio, and 911 calls related to the murder to be released to the family. Stewart’s family also asks that the FBI investigate the murder as a possible hate crime.