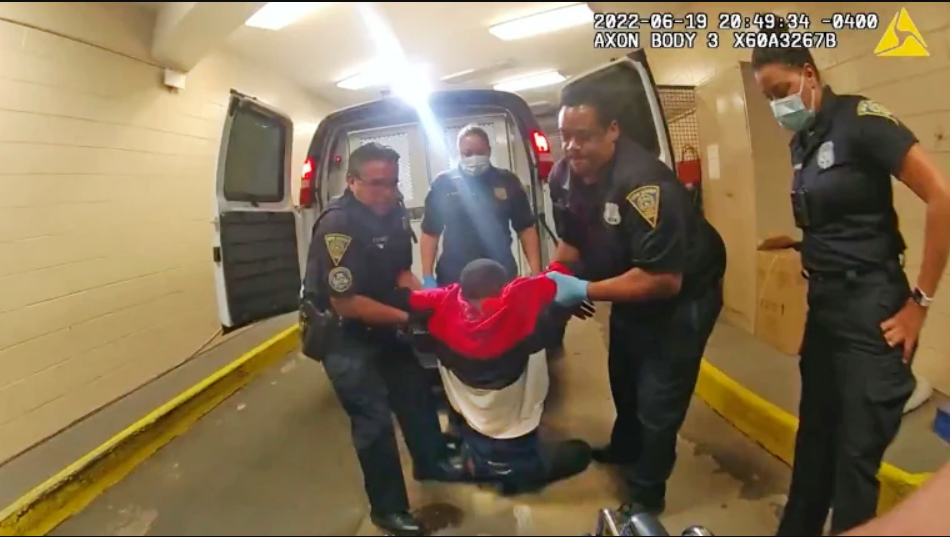 The family of the man who was left paralyzed following a police van ride from hell has filed a $100 million federal civil suit.

On Tuesday, attorneys for Randy Cox filed the suit in the U.S. District Court of Connecticut against the city of New Haven and New Haven Police Department officers, CNN reports. Cox, 36, was left partially paralyzed after being transported in a New Haven police van that was not equipped with a seat belt during his June 19 arrest.

Cox was being taken to a detention center, handcuffed, and not in a seat belt when the van came to a sudden stop, slamming him headfirst into the van’s interior wall. He suffered severe injuries to his neck and spine, leaving him paralyzed from the chest down.

He noted how Cox returned to the hospital on Tuesday because of bed sores that doctors say will “be a regular thing forever.”

“He’s going to be in and out of the hospital for the rest of his life,” Crump said. The word quadriplegic “doesn’t really tell you all of what this man is enduring,” he added.

Cox had been arrested and charged with criminal possession of a firearm and breach of peace, ABC News reports. The charges are still active and awaiting a plea.

The lawsuit names Officer Oscar Diaz, the cop who abruptly hit the brakes while driving the police van. Former acting police chief Regina Rush-Kittle is also named, after she claimed back in June that the abrupt stop was an evasive maneuver to avoid an accident.

Police confirmed that the named defendants, officers Diaz, Betsy Segui, Ronald Pressley, Jocelyn Lavandier, and Luis Rivera, are currently on leave, pending the results of a state investigation into their actions.

Boomer is calling for criminal charges against officers, saying she wants the officers “fired and arrested.”