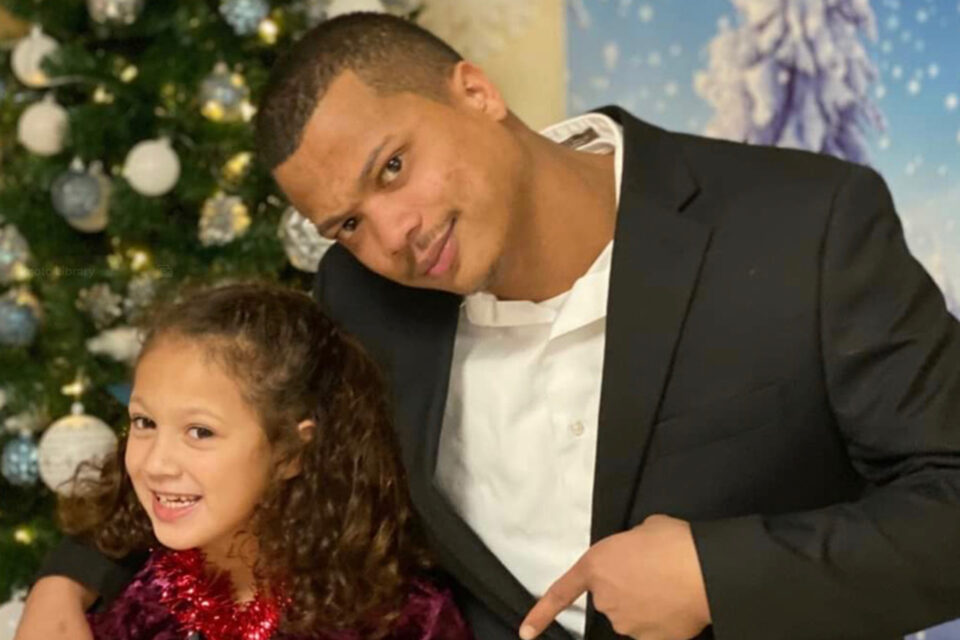 Justin King and his daughter (photo courtesy of John King)

The family of 28-year-old Justin King is calling for the resignation of Crawford County coroner Darren Dake for allegedly displaying “preconceived biases” towards Black people.

In the letter that called for an investigation, Chapel pointed out Dake’s 2017 Facebook posts saying that the “KKK and BLM are the same racist coin.”

Chapel wrote that Dake’s posts “demonstrate his reluctance and preconceived biases which prevent him from completing his professional responsibilities in a way required by statute.”

King was fatally shot by his neighborhood inside of a trailer park in Bourbon, Missouri on November 3. A coroner’s inquest from Dake and Crawford County Prosecuting Attorney David S. Smith agreed the white shooter killed King in self-defense.

However, King’s family has always questioned why the neighbor was never charged. After hiring Chapel, an attorney and president of the Missouri NAACP, King’s family is calling out Dake for what they say is a blatant bias towards Black people.

Chapel accused Dake of discriminating against King’s family during the death investigation, describing his treatment of them as “antagonistic, unhelpful and overtly inconsiderate.”

“I have seldom seen a coroner act with such antagonism and callous disregard for victims of murder,” Chapel wrote.

Chapel noted how Dake failed to provide a photo of King’s body to the jury performing the inquest, but still had them sign a false statement saying they had seen photos of King’s body.

After the letter was released, Dake took to Facebook to double down on his claims, The Daily Beast reports.

Dake even claimed that Chapel has racist “bias against law enforcement and Caucasian people.”

“Close inspection of my words will show that I was calling out ALL prejudice, including that of the hate group, BLM,” Dake said.

However, when it came to addressing allegations into the handling of photos for the jury performing the inquest, Dake stayed silent on that.

Chapel’s investigation request into King’s death is the second coroner’s inquest in six months to examine the suspicious death of a young Black man in Missouri.