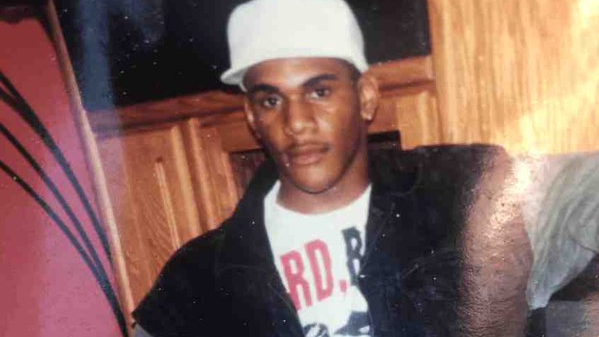 A Black man was killed in Texas last week by a police officer who “pulverized” him, according to his family, who called the shooting “unjustified and unnecessary.”

According to KHOU, police shooting victim, Roderick Brooks went into a Dollar General store and was cited for allegedly shoplifting and assaulting a store clerk. He then ran into a police officer, who would later tase him, before fatally shooting him.

Brooks’ family has asked for an investigation into the incident.

The HCSO (Harris County Sheriff’s Office) stated that the deputy, Sgt. G. Hardin, took Brooks into custody and, after he supposedly grabbed Harden’s taser, the deputy shot Brooks in the neck with his pistol.

Although they admitted that Brooks shoplifted something, the family disputes the account given by the Harris County Sheriff’s Office.

“He was, in fact, shoplifting shampoo soap and he left the store,” Brooks’ family attorney, Sadiyah A. Evangelista stated. As Hardin caught up with Brooks, he allegedly used his taser on Brooks, which knocked him to the ground.

“And then, when Roderick Brooks was face down with his hands behind his back, believing he was going to be tased again, and defending an onslaught of punches the officer took his weapon and we know the end of this story, shot him in his neck and instantly killed him,” said Evangelista. “This is a human being who did not deserve to be murdered like some animal in the street.”

Brooks’ sister, Demetria Brooks-Glaze added, “For the city and the state to allow this type of … racism, I’ve never seen anything like this,” according to the Houston Chronicle. “My brother was treated worse than an animal. Shoplifting does not warrant killing a man.”

The police sergeant has been placed on administrative leave.

Evangelista also said that eyewitnesses told her that after catching up with Brooks and tasing him, Hardin positioned himself on his back, then “pulverized [him] with punches.”

Earlier this week, Sheriff Ed Gonzalez sent his condolences via social media to the Brooks family.

Our investigation into the shooting involving our HCSO Sgt. G. Hardin and Mr. Roderick Brooks on July 8th, remains on-going. Our condolences go out to the family of Mr. Brooks. We are committed to a thorough, transparent, and timely investigation. We take every incident 1/2

involving the loss of life extremely serious. If there is anyone that was a direct witness to the incident that we have not yet identified, please contact our Homicide Unit at 713-274-9100. 2/2 #HouNews

The Harris County Sheriff’s Office intends to release footage taken from the body camera of the officer.