It Takes a Village: Fans Lend Their Support For Tiffany Haddish After Her DUI Arrest 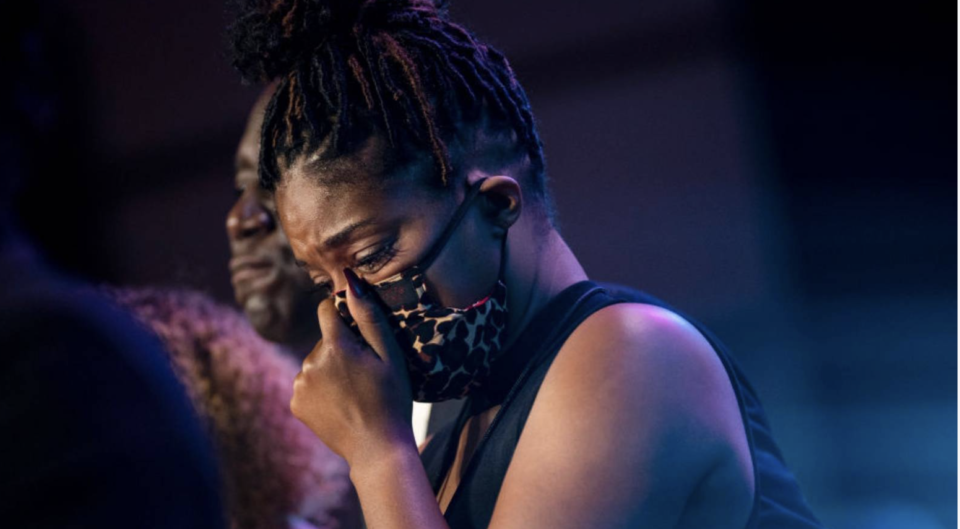 Comedian Tiffany Haddish, 42, was recently arrested in Georgia for a DUI and improper stopping on the roadway. Peachtree City police officers pulled her over on Friday, Jan 14, around 4 a.m. EST.

Allegedly she was dozing off while driving through Peachtree City, Georgia. Haddish was suspected of having smoked weed. She posted the $1,666 bail and was released at 6:30 a.m.

Fans of the actress-comedian have rallied around her on Twitter by showing support and sympathy for Haddish, who is mourning the loss of her grandmother, dog, and two friends, producer Carl Craig and comedian Bob Saget, who passed Jan 9.

One Twitter supporter posted, “We gone pray for Tiffany Haddish. She recently lost her grandmother who raised her, her dog and 2 close friends,” a Twitter user with the handle,@_kelsology, wrote.

We gone pray for Tiffany Haddish.
She recently lost her grandmother who raised her, her dog and 2 close friends.

Another Twitter user with the handle @medez7 wrote, “Exactly Positive Prayers to Help our Sister in her time of Life and Lift her Up! Love Tiffany Haddish.”

Exactly Positive Prayers to Help our Sister in her time of Life and Lift her Up!❤️Love Tiffany Haddish pic.twitter.com/IGBBB0qgzH

Haddish met Saget when she was 16-years-old at a comedy camp. In a virtual interview with ET News, she remembers Saget advising her to be authentic, “you’re a strong Black woman. Be that,” she said while breaking down in tears.

She said her “personal life is in shambles”. Many of us can relate to this.

The Girls Trip star is filming a Disney movie Haunted Mansion, with co-stars Owen Wilson and Rosario Dawson in Georgia.