50 Cent Takes to Social Media to Lobby for Mo’Nique 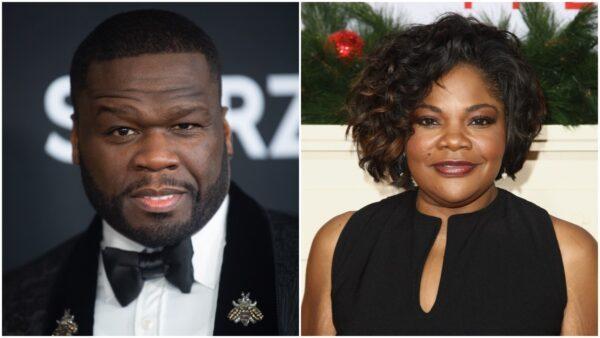 Comedian Mo’Nique has had an up and down career while battling some powerful Hollywood heavyweights (Oprah Winfrey, Tyler Perry, Lee Daniels and Netflix). Now, she may be back on the upswing after one social media post by a popular Hollywood executive.

Over the weekend, 50 Cent posted on his Instagram account that he saw Mo’Nique perform during Super Bowl Weekend and gave her high praise for the show she put on. He suggested to his followers that they need to check her out.

“I went to see @therealmoworldwide stand up show super bowl weekend . oh shit! 🤦‍♂️it was so good, she had my ass in a trance. you gotta go check her out the shit was 🔥 @bransoncognac @lecheminduroi“

Then, the Queens rapper turned Hollywood power broker continued to bring attention to her and started to lobby to get her work, claiming she shouldn’t have been canceled. Stating the comedian is good for the culture, he posted a cleverly edited video of Mo’Nique interacting with Power couple Omari Hardwick and Naturi Naughton.

“I Gotta get @therealmoworldwide back in pocket, we only suppose to cancel shit that ain’t good for the culture. we need you to WIN again now MONIQUE.”

In an additional post, he advocated putting her in a position to win as an actress, encouraging his followers to respond to his post if they agree with him.

“All in Favor of @therealmoworldwide being back on Top,🤨Say make it happen 50 ! STOP F**KING AROUND”

Maybe he can negotiate to put Mo’Nique in one of his shows.

According to The Hollywood Reporter, 50 Cent is nearing the end of his overall deal with Starz this September. Sources have said that Starz CEO Jeffrey Hirsch is preparing to negotiate a new overall deal for 50 Cent and wants to sign him long-term.