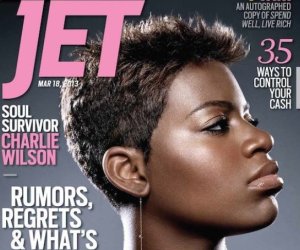 Former American Idol winner, Fantasia Barrino, has major issues with JET magazine due to a cover she doesn’t like.

She’s promoting her upcoming album, “The Side Effects Of You,” slated for an April release, and says the periodical used an old photo of her.

The singer took to Instagram to voice her displeasure with the cover, ‘This saddens Me!!! It is clear that this picture is 10 Years Old and JET Magazine puts it on the Cover!! After I send them the NEW LOOK AND DIRECTION. . SAD!!! I WANT A PUBLIC APOLOGY FROM JET.’