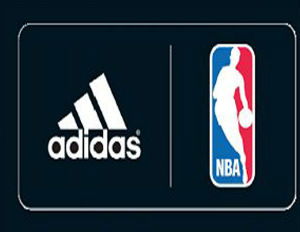 As Adidas goes through a reinvention, the sporting apparel company says it will not bid to stay on as the outfitter for NBA-branded merchandise beyond the 2016-17 season.

AP reports that the Germany-based company issued a statement saying that “while we have enjoyed a successful long-term relationship with the (NBA) league, we continually review our partner agreements to ensure they are meeting out investment and delivering on our brand and business needs.

Sports industry insiders speculate that Adidas is shifting its strategy from basketball to other sports that may help increase declining revenues. Despite being the official NBA product manufacturer of jerseys and other licensed clothing since 2006, Adidas has slipped to No. 3 in sporting apparel behind Nike and Under Armour.

Bloomberg reports that Adidas is to roll out its new strategy on March 27. The two brands will continue the terms of their 11-year partnership through 2017 but the NBA is expected to announce a new partner soon.