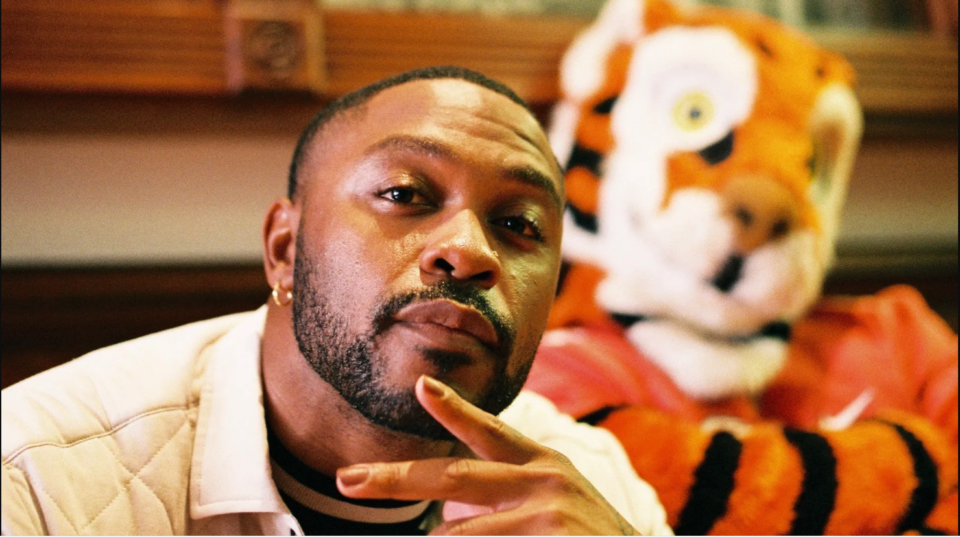 Through Durham’s fashion and media company, Public Culture, he highlights the history of African Americans through hand-painted art. His innovative designs include QR codes that can be scanned to share the backstory behind each design.

His first collection draws inspiration from Dr. Rhondda Robinson Thomas‘ book, Call My Name, Clemson, which highlights the contributions of African Americans to Clemson University and the land.

“On white campuses in the South, there is an untold story,” DurhAm told “Greenville News.”

He got his start in fashion design after skipping his prom and using the money his grandmother gave him for his tuxedo to start his own fashion line.

“She was upset, but that’s what I wanted to do,” Durham recalls.

After an opportunity at Mr. Knickerbockers, Clemson’s official store for merchandise, fell through due to the company not liking Durham’s designs, he pursued higher education. He obtained a bachelor’s degree from Winston-Salem State University and two masters from George Washington University and Georgetown University.

It was while pursuing another degree that Durham finally released his Public Culture collection.

“It was perfect timing because I also was recently admitted for my doctoral degree at Clemson,” Durham said. “And so it was perfect, to be admitted to the university, come back home and be more involved with the community.”

In addition to pieces inspired by Dr. Rhondda Robinson Thomas, other pieces celebrate Harvey Gantt, the first Black student admitted to Clemson; Eva Hester Martin, a direct descendant of labored slaves on the Fort Hill Plantation; and Littlejohn Grill, a location where mostly Black Clemson residents would hang out.

“I decided to release them separately because I wanted to give each piece its own life story in his own life and his own time to shine,” Durham said.