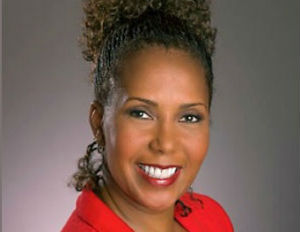 Amy Hilliard, president of Johnson Publishing cosmetics company Fashion Fair, has resigned after less than two years in the position, according to reports.

Johnson Publishing CEO Desiree Rogers told media that the company will not be replacing Hilliard, and that she will be focusing more of her time on the business, along with other members of their executive team.

“I’m very excited about the new team that I’m putting in place,” Rogers said, according to Crain’s. “Our sales in the past two months have been moving in the right direction.”

Rogers reportedly also confirmed that revenue for the company, overall in 2015, would not be higher than last year, but would not provide specifics on revenues or profits for the privately-held company.

Hilliard, 63, was appointed as president of the cosmetics line in February 2014. Her last official day was Dec. 24. The Howard University and Harvard Business School graduate has held posts at top companies, including L’OrÃ©al and Burrell. She also serves as founder and CEO of The Hilliard Group.

As president of the cosmetics brand, she was responsible for leading operations, including marketing, sales and retail partnerships. She had replaced Clarisa Wilson, who left Fashion Fair in the summer 2013 to work in the haircare industry after a two-year stint with Fashion Fair.

Crain’s indicates that Hilliard said in an interview that she was resigning to return to work for The Hilliard Group and that the decision to exit was hers, avoiding questions about Fashion Fair’s business challenges. Rogers is reportedly focusing on the future of the company, stating that recent promotions will elevate executives, and citing the promotions of Karyn Pettigrew to executive vice president from her current role as director of marketing, and Marcelle Burke to director of sales; from her role as account executive, to manage the brand’s retail relationships.

Vice President of Sales, Chris Thomas, is departing as well, according to Crain’s.