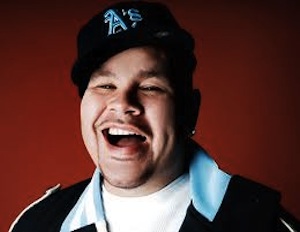 Taking a page out of the Wesley Snipes playbook, not-so-fat-anymore rapper Fat Joe has pled guilty to evading the government in its quest to get money it is owed.

The Terror Squad rapper owes the IRS more than $700,000 in back taxes according to multiple published reports — and has decided that instead of fighting the charge, he will face them head and potentially face two years behind bars.

The taxes come from failing to pay on more than $3 million made in royalties and performance fees.

In federal court Thursday, when asked by U.S. Magistrate Cathy Waldor if he understood the charges he was facing, he replied, “I super-understand it,” in a report from the Huffington Post.

Fat Joe isn’t resigning himself to the pen just yet. He plans to pay back what he owes before his sentencing on April 3, 2013.

The rapper had his bail set at $250,000 — more than what he owes in taxes — until his sentencing. If convicted he would spend two years in prison and owe the IRS nearly $200,000 in penalties.

For more on the rapper’s tax woes, head to the Huffington Post.