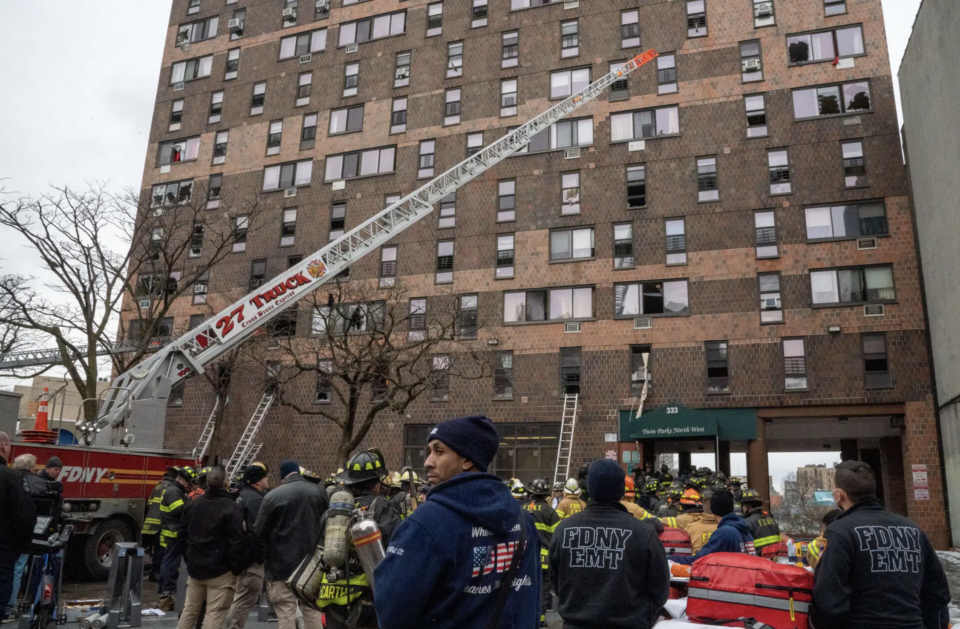 Rapper Fat Joe launched a relief fund for the victims of the tragic apartment fire in his hometown. The deadly fire took place on Sunday, Jan. 9, and 17 people died, and many others were injured, needing resources and shelter.

The “Lean Back” Bronx rapper Jay-Z and DJ Khaled made secure donations to the New York City Mayor’s Fund and he is asking other celebrities to contribute to the fire victims.

“No matter where I go in the world or what I achieve, I could never forget my community,” he said. “I had to react, but I couldn’t do it on my own.”

“I need all my people world wide to come together for the families devastated by the fire in the Bronx,” wrote Fat Joe on his Instagram. “I’m donating and I’m asking everyone that has a Heart to donate. these people are mostly immigrants that have no where to go they lost everything. it’s 10 degrees in the Bronx today! WE NEED YOUR HELP.”

A space heater, used to keep residents warm through the bitter New York winter, was reportedly the cause of the deadly fire. Fire Department Commissioner Daniel Nigro believed the fire started in an apartment bedroom, the New York Times reports.

“The door to that apartment, unfortunately, when the residents left, was left open. It did not close by itself,” he said. “The smoke spread throughout the building, thus the tremendous loss of life and other people fighting for their lives right now in hospitals all over the Bronx.”

All 17 victims died from toxic smoke inhalation, their ages range from a 2-year-old boy to a 50-year-old adult, including two 5-year old girls and a 6-year-old boy. Tenants and family members of the victims have filed a class-action lawsuit against the building owners and are seeking $2 billion in damages.

The lawsuit cites that the building owners were negligent, failed to make the smoke detectors operable properly, did not provide adequate heat in the apartment complex, and installed an intercom or sprinkler system.

Fat Joe pledges one hundred percent of the donations will be provided and distributed to the victims.