'Father of Black History' Carter G. Woodson's Home is Open to the Public 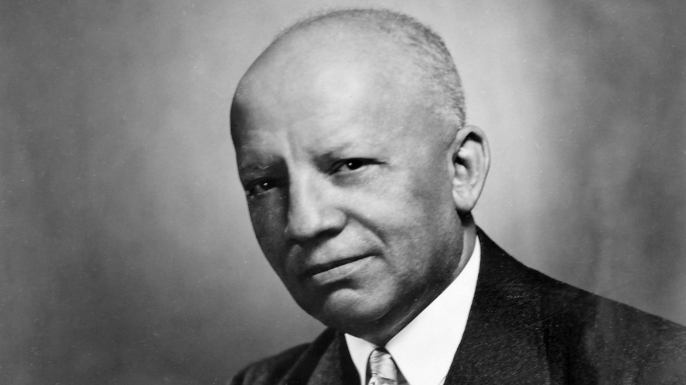 In honor of Black History Month, the National Park Service (NPS) will grant the public access to the home of Dr. Carter G. Woodson, an African American writer and historian known as the “Father of Black History.”

Born the son of freed slaves in 1875, Woodson made a lifelong commitment to researching and preserving black history. In 1912, the sharecropper-turned-scholar became the second African American to receive a doctorate from Harvard University. He created “Negro History Week” in 1926, which was later adapted into Black History Month in 1976. The renowned scholar and author also penned over a dozen books, including the notable The Mis-Education of the Negro.

Now, for the month of February, the public can tour the Washington, D.C., home where he lived from 1922 up until his death in 1950. The 140-year-old house is where Woodson conceptualized the idea of “Negro History Week” and spent a substantial amount of time researching and documenting African American history. Before Woodson, there was little to no accurate recordings of black contributions in American history. The house is also where the Omega Psi Phi member founded and operated the Associated Publishers Press starting in 1921. “It was one of the first publishing companies to publish historical works of African American history,” said Vince Vaise, chief of visitor services at the National Park Service, reports WTOP.

The home was designated a National Historic Landmark in 1976 before becoming vacant in the ’90s. The property was then acquired by the NPS in 2005 and reopened last year following years of renovations.

The Carter G. Woodson Home National Historic Site, located in the D.C. neighborhood of Shaw, is currently open to the public Thursdays through Sundays from 9 a.m. to 5 p.m.