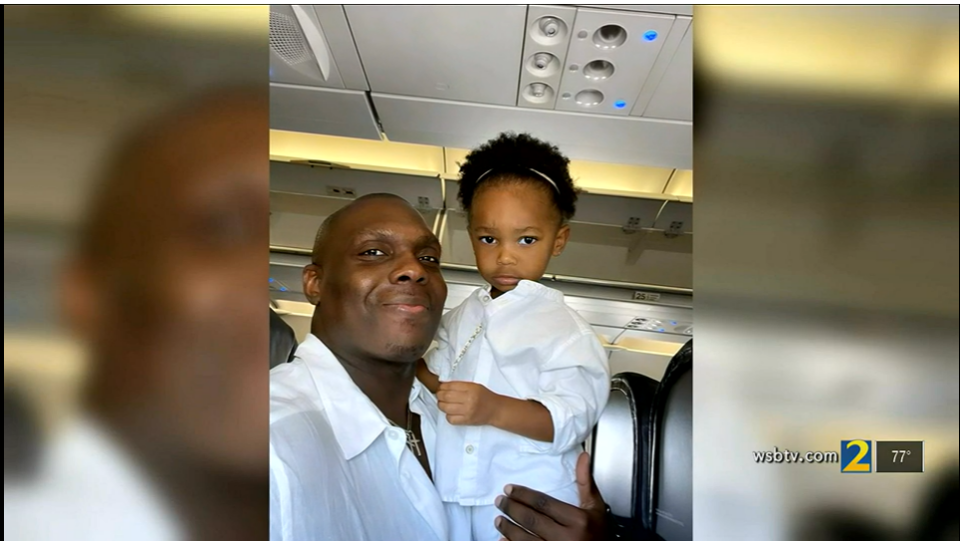 Frontier Airlines had a father from Atlanta removed from its flight because of his emotional 2-year-old daughter, according to WSB-TV.

The father, Chrisean Rose, treated his toddler daughter, Rayana, to a fun weekend trip to Orlando; on the return flight home, Rose had Rayana sit on his lap to provide the young child a sense of comfort. However, a Frontier Airlines flight attendant disapproved of his actions for safety reasons and threatened to have him arrested.

“Spirit allowed for me to fly with her in my lap,” he said.

Rose decided to record the encounter.

“They will arrest you; I’m telling you that right now,” a flight attendant told him, instructing Rose to place the 25-month-old in her seat.

However, Rose tried to explain to the attendant, “She’s a small kid; she’s nervous. I explained to the flight attendant that this is only our first time traveling, and she’s a little bit nervous,” he said.

The situation intensified when he attempted to place his daughter in her seat.

“It’s wrong for you to do that; I’m just trying to comfort her,” he said to the attendant.

The airline decided to kick Rose and Rayana off the plane. He purchased a return flight to Atlanta on another carrier, and Delta permitted him to have his daughter sit in his lap.

Rose understands company policy but is perplexed that they allow for exceptions.

“I did not think it needed to be that far. I mean, arrest for what? For a kid crying?” he said.

Frontier Airlines issued a response to the incident:

“It is an FAA requirement that all passengers over the age of 24 months must be buckled into their own seat for takeoff and landing. The parent refused to comply and therefore was asked to exit the aircraft with the child.”