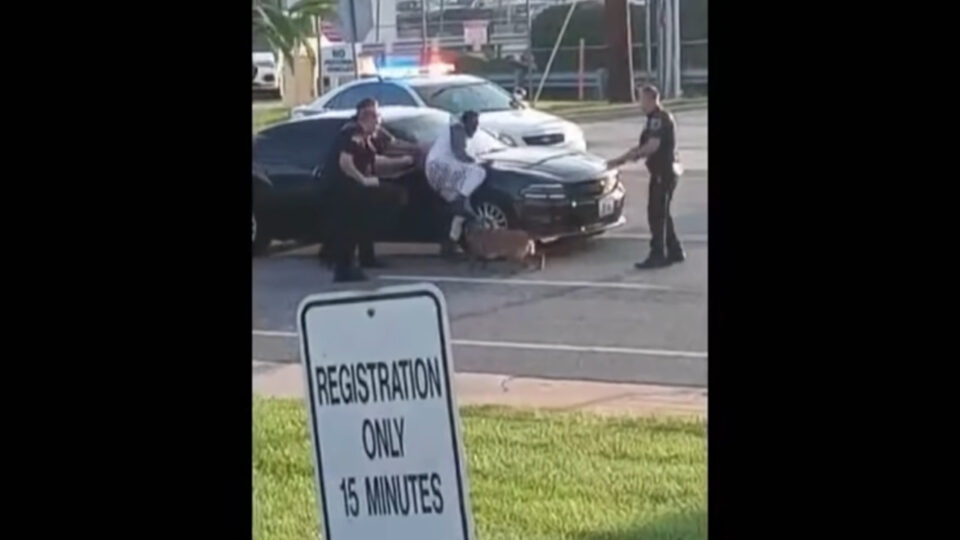 The Federal Bureau of Investigation (FBI) is stepping into a case in Missouri where there is a video showing white police officers allowing a police dog to attack and bite a Black man who was being arrested early last week.

According to the St Louis Post-Dispatch it is not clear what information the FBI has requested.

Last week, the City of Woodson Terrace Police Department released a statement on its Facebook page pertaining to the incident, claiming that after being stopped, the Black man refused to “comply” with the police officers’ commands, the St. Louis Post-Dispatch reported.

They claim that the man was warned before they allowed the police dog to attack him. However, the video  shows a different view of what the statement claims.

The man wasn’t charged with a crime and was released.

Woodson Terrace Police Chief Randy Halstead stated in an email to the St. Louis Post-Dispatch that his department was “fully cooperating” with federal investigators and the St. Louis County prosecutor’s office after information was requested about the incident which took place around 7:15 a.m. last Monday in the 4500 block of Woodson Road.

The incident was recorded by a bystander.