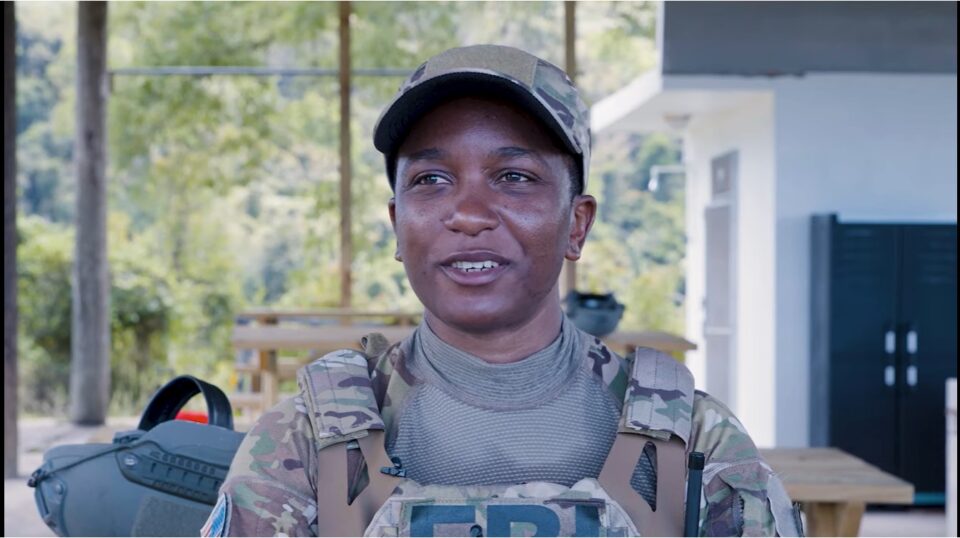 Barriers are breaking in law enforcement as the FBI selects the first Black woman to train for any of the bureau’s Special Weapons And Tactics (SWAT) teams.

Tai, a special agent in the Bureau’s San Juan, Puerto Rico office, is believed to be the first Black woman to be chosen for SWAT team training. She must first attend New Operator Training School (NOTS), a 10-week proving ground that trains selectees in SWAT combat and tactic.

If she passes, she will become a probationary member of San Juan Division’s SWAT team — one of the busiest in the nation, the FBI said in a news release.

In the following six to 18 months, Tai will receive additional training to become officially certified.

“Hopefully somebody will see that I was able to do it,” Tai said. “I’m not the biggest person. I’m not as strong as some of these guys. But as long as you have perseverance — because it does get really tough — you push through it and keep going.”

Tai’s upbringing in a neighborhood outside Tampa, Florida, had an impact on her path in law enforcement. Drugs and crime were constant in her community. One day, while two U.S. Marshal deputies served a warrant in the area, she noticed one was a Black woman. Tai approached her, the first Black woman she’d ever seen with a badge, and was handed a business card.

That moment stuck with her.

Tai stayed the course and studied criminal justice at Bethune-Cookman University in Daytona Beach. She earned a scholarship to attend the historically Black university and set her eyes on becoming an officer.

Tai’s ROTC instructor at Bethune-Cookman, Maj. Earl Fillmore, Jr., said he isn’t surprised that his former cadet is making big strides at the FBI. He saw her leadership abilities as a student, and then as an Army reserve officer.

Before joining the FBI, Tai was a deputy for five years in the Orange County Sheriff’s Office in Orlando, Florida. She was drawn to the Bureau after seeing its response to the 2016 Pulse nightclub mass shooting.

San Juan’s SWAT Team Leader, Special Agent Mike Dubravetz, says that while there are no guarantees for success, Tai has been willing to tackle the challenge.

“I’m impressed with her performance, “ Dubravetz said. “She wouldn’t have made it through the selection process if she didn’t demonstrate that she has what it takes to be successful.”

Tai’s focus for now is just making the team. In May, she was deployed to a temporary duty assignment in Oklahoma City. She will return to San Juan later this year to begin NOTS with a new cohort of selectees.

“I’m definitely thankful for all the Black women before me in the FBI,” she said. “Because if it didn’t start with that one, who knows how many there would be today, if any. I’m definitely grateful for all of them before me.”