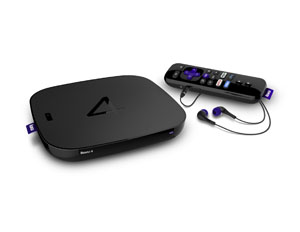 The FCC just released a proposal requiring the unlocking of set-top boxes. Set-top boxes are ones that deliver OTT (Over-the-Top) content such as Roku, Apple TV or an Xbox; and they also refer to those boxes cable companies lease to cable TV subscribers.

[Related: Obama Was the Best President Technology Could Have Ever Wanted]

From the official statement from the FCC chairman:

Ninety-nine percent of pay-TV subscribers are chained to their set-top boxes because cable and satellite operators have locked up the market. Lack of competition has meant few choices and high prices for consumers — on average, $231 in rental fees annually for the average American household. Altogether, U.S. consumers spend $20 billion a year to lease these devices. Since 1994, according to a recent analysis, the cost of cable set-top boxes has risen 185 percent while the cost of computers, televisions and mobile phones has dropped by 90 percent.

Next step, the FCC chairman will circulate a vote for a Notice of Proposed Rulemaking (NPRM). The full commission will vote on Feb. 18, 2016.

How the proposal goes will be a game-changer for cable services and a win for consumers. What this proposal means is that consumers will be able to select the type of device they want to use for their cable service. If you have a Roku, for example, because the FCC will require the cable providers to unlock their services, you will likely be able to update the Roku’s software and get your cable through it instead of having to lease a box from the cable company.

If this proposal goes through, expect better integration between cable TV programming and the Web-based programming available on apps, smart TVs, and other home entertainment devices.

It’s expected that the cable companies will fight the FCC’s proposal tooth-and-nail. Cable providers stand to lose billions in revenue from leasing their cable boxes. These companies have already issued statements condemning the FCC’s move:

On Wednesday,Â FCC Chairman Tom WheelerÂ proposed aÂ new technology mandate that would require satellite and cable TV providers to disaggregate or separate their services so that a few companies could repackage them as their own without negotiating for content rights like everybody else in the market does today. While the Chairman touts consumer benefits to his proposal, the opposite is the case. Â

The proposal, like prior federal government technology mandates, would impose costs on consumers, adversely impact the creation of high-quality content, and chill innovation. It also flies in the face of the rapid changes that are occurring in the marketplace and benefitting consumers.Â

Critics of the FCC proposal say it’s not needed since cable companies will be forced to innovate to keep up with consumers’ wants. For instance, Charter Communications offers subscribers the ability to stream TV through a Roku App, reports The New York Times.

Also from the NYT article, “It’s the ultimate example of the government trying to fix something that isn’t broken,â€ said Nomi Bergman, president of cable provider Bright House Networks.