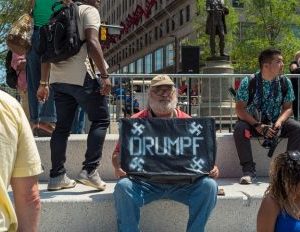 The Trump administration ordered the nation’s federal agencies–many of them science organizations–not to share news, post to social media, to their websites, or speak to any of the press.

Censored agencies include NASA, NIH (National Institute of Health), the E.P.A. (Environmental Protection Agency), the CDC, and others.

Many of these organizations conduct scientific research, including the effects of climate change. Upon taking office, the Trump administration removed any mention of climate change from the official White House website. Mentions of civil and LGBT rights were also removed from whitehouse.gov.

Scientists and members of these organizations have seemingly struck back. While there is no official confirmation, it appears they have resorted to using unofficial Twitter accounts with account names using alternations of the official Twitter account of the agency as part of a resistance movement. For example, NASA’s unofficial stealth account being used to work around Trump’s decree is “@RogueNASA.â€

The bio on @RogueNASA’s Twitter page says the account is the “unofficial “Resistance” team of NASA.â€ The bio also states that the Twitter account is not managed by government employees–although many surmise that the resistance is coming from those within these agencies.

The alternative accounts have been outspoken and critical of Trump’s gag order and the perception that the Trump’s administration has an anti-science stance:

Additionally, the DailyKos reports that these agencies have also been ordered not to speak with members of Congress.

The alternative accounts have been outspoken and critical of Trump’s gag order and the perception that the Trump’s administration has an anti-science stance:

Do President Trump and his administration have the right to gag federal agencies and scientists within them?

Orly Lobel, a law professor at the University of San Diego, told Salon.com, “They’re civil servants and they’re bound by the rules of keeping confidential information and not exposing government secrets to the public, but that is all balanced by the right to speech.â€

She further explained that although government employees can be restricted from publically sharing work-related information, they are still protected by the First Amendment.

There is a listing of the alternative federal agency accounts that can be followed on Twitter, here.