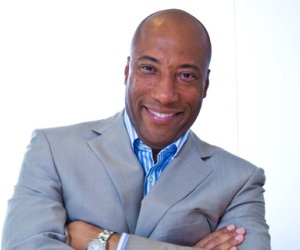 According to reports, a federal judge has re-opened Byron Allen’s suit against Time Warner and Comcast.

Judge Terry Hatter had previously dismissed the lawsuit filed by Allen’s Entertainment Studios Networks Inc. and the National Association of African-American Owned Media because the plaintiffs failed to allege a claim for relief. They have until Sept. 21 to file an amended complaint.

After dismissal of the initial complaint, Allen and NAAAOM had vowed to appeal the decision and continue their suit against the cable companies, the Rev. Al Sharpton, and others.

“We will continue to vigorously pursue Comcast and Time Warner Cable, who spend approximately $25 billion annually licensing cable networks with less than $3 million going to 100% African American owned media,” Mark DeVitre, president of NAAAOM told media. “We will not stop until the discrimination stops and we achieve true economic inclusion.”

Allen said that the amended complaint will provide “greater detail and greater clarity, and I believe we will prevail.â€ He also said, according to reports, that they plan to file more lawsuits against other media conglomerates like this one.

Comcast has called theÂ allegations in the $20 billion suit “inflammatory, inaccurate, and unsupported,â€Â and Sharpton has said the suit is “frivolous,” and that there was “no basisâ€ for the litigation.