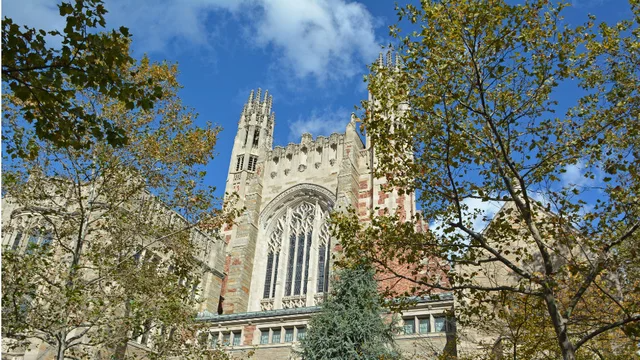 The Justice Department is suing Yale University after prosecutors alleged that the school was illegally discriminating against white and Asian applicants.

The suit, which was filed in federal court in Connecticut Thursday, alleges the university “discriminates based on race and national origin in its undergraduate admissions process, and that race is the determinative factor in hundreds of admissions decisions each year.”

Yale called the lawsuit “baseless” and added that its admission protocols are fair and lawful. Yale added it will not change its admission practices as a result of the suit.

“As our country grapples with urgent questions about race and social justice, I have never been more certain that Yale’s approach to admissions helps us to fulfill our mission to improve the world today and for future generations,” president Peter Salovey wrote in a statement to CNBC.

The suit comes less than two months after the agency publicly accused Yale of discrimination, saying an investigation into the school determined Asian and white students have “only one-tenth to one-fourth of the likelihood of admission as African American applicants with comparable academic credentials.”

The investigation also found Yale uses race as a factor at multiple steps of the admission process and racially balances its classes. However, a profile of the school shows in 2017 the racial breakdown of students was 44.3% white, 13.9% Asian, 9.4% Hispanic or Latino, 5.67% Black or African American, 4.76% Two or More Races, and less than 1% Pacific Islander.

During Trump’s presidency, the Justice Department has conducted a long-ranging effort to prove and stop the use of affirmative action policies in the college application process. The initial investigation into Yale comes from a 2016 complaint against Yale, Brown, and Dartmouth.

After the Justice Department announced Yale was discriminating against potential students, it told the university to stop using national origin or race as an admissions criteria but Yale refused, doubling down on its belief that its admissions processes do not violate the law.