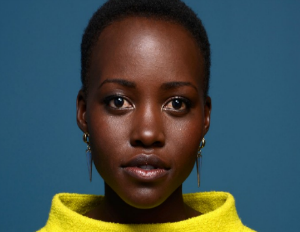 Afro-Mexicans are now rejoicing in a win that offers a bit of relief in their fight for constitutional recognition in the country. For the first time, according to reports, Mexico’s national census included an “Afro” category.

[Related: Black Like Them: Why a ‘Surge’ of Color Could Change the Face of Ed Reform]

In the country’s 2015 population survey, which was released Dec. 8, there were about 1.38 million people of African descent officially counted, amounting to about 1.2% of the country’s population.

The new inclusion comes after Afro-Mexican community activists demanded that national leaders push for their recognition. They have been fighting against what they see as marginalization and neglect of the nation’s black population dating back to the ratification of slavery.

Many of the Afro-Mexicans in the country are descendants of Africans forcibly removed from the continent during the Atlantic slave trade.Â Mexico was one of only two Latin American countries that did not recognize its citizens of African descent in the national census.

Miguel Cervera, director general of sociodemographic statistics for the country’s census bureau INEGI, told media outlet Fusion that the 2015 survey is a preliminary effort in preparation for the 2020 national census, and clarified that Afro-Mexicans have always been included in past surveys, but were never given the option to designate themselves as “Afro” or of African descent.

Also, the country’s Human Rights Commission organized a forum earlier this year to address anti-black discrimination and policies to remedy the issue.

This issue echoes a struggle many Africans of the diaspora and citizens of African descent have had to endure post slavery, from the U.S. to Europe to the Caribbean. Other countries made these advancements more than 100 years ago, and Mexico is just recently joining the fold. Historians reportedly note that the word “negra” had a negative connotation in the country, thus there was a concern that Afro-Mexicans would be apprehensive about the option on the Census. Some activists beg to differ.

“We celebrate this inclusion,â€ Benigno Gallardo, an Afro-Mexican activist based in the southern state of GuerreroÂ also told Fusion. He added that there’s still more progress to achieve and fight for in reaching full recognition. “In school they teach our children about Europeans and indigenous natives, but the history books practically don’t recognize our history.â€