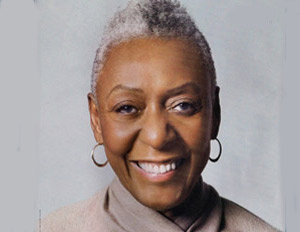 Image: File
In a special series, BlackEnterprise.com highlights female leaders in industries from media, to business, to education to healthcare. These women have also held the honor of being Black Enterprise Women of Power Legacy Award winners.

When it comes to African Americans and fashion, Bethann Hardison is known as one of the queens. A 2012 Women of Power Legacy Award recipient, Hardison broke barriers as one of the first black models for major brands like Calvin Klein, Perry Ellis and Oscar de la Renta. Transitioning her career into becoming a mentor for countless black models, Hardison turned into a powerhouse manager handling the careers of superstars Iman, Naomi Campbell, Tyson Beckford and her TV star son Kadeem Hardison. Â “I remember that legacy award. I remember seeing my video showing Kadeem, Naomi, Iman and Tyson speaking about me. I hadn’t seen that. And to be given that award and go on stage…,â€ she says, her words drifting down memory lane. “It was a great moment to be recognized in that way with that audience. I don’t write speeches and don’t know what I’m going to say till I hit the mic. I said, ‘I’m impressed with you, because you are so impressed with me.’ And everyone who would see me would repeat that.â€

Never one to mince words, in 2013 Hardison led the Diversity Council to help push for more images of color on runaways. Penning a letter to those who organized fashion week worldwide, she name dropped designers guilty of not featuring models of color. The results came not only in more diversified images seen on runaways. But earlier this year, the Council of Fashion Designers of America (CDFA) gave her its Founders Award for being a champion of diversity. “I was so shocked when they gave me the CDFA award in June. It was so emotional for me ‘cause although it was about the revolution, this wasn’t for me. I was taken by it, ‘cause it said something about the revolution. There’s a difference between working a job and working for who you are.â€

Today, as she finishes up the documentary Invisible Beauty, which looks at diversity in fashion, Bethann — who never tells anyone her age — still feels like a kid at heart. Â “When I go back to Brooklyn and we have reunions, I learned a few things about myself listening to the guys tell me who I was then and I was the one they always thought would get away and get out,” she says. “I could never say what I was going to be when I was growing up. Till this day, I still say, ‘When I grow up…’ I’ve done what was put in front of me. I’ve never done what I wanted to do. I’ve made a difference. But how do you permanently change how people think? It’s the hardest thing in the world. It’s not easy. The important thing is to hone in and take care of things that come to you and try to really be smarter and try to think outside of your locale or federal government or country. Try to be around young people, old people, people who don’t speak your language and try to mix it up so your life is fuller.â€