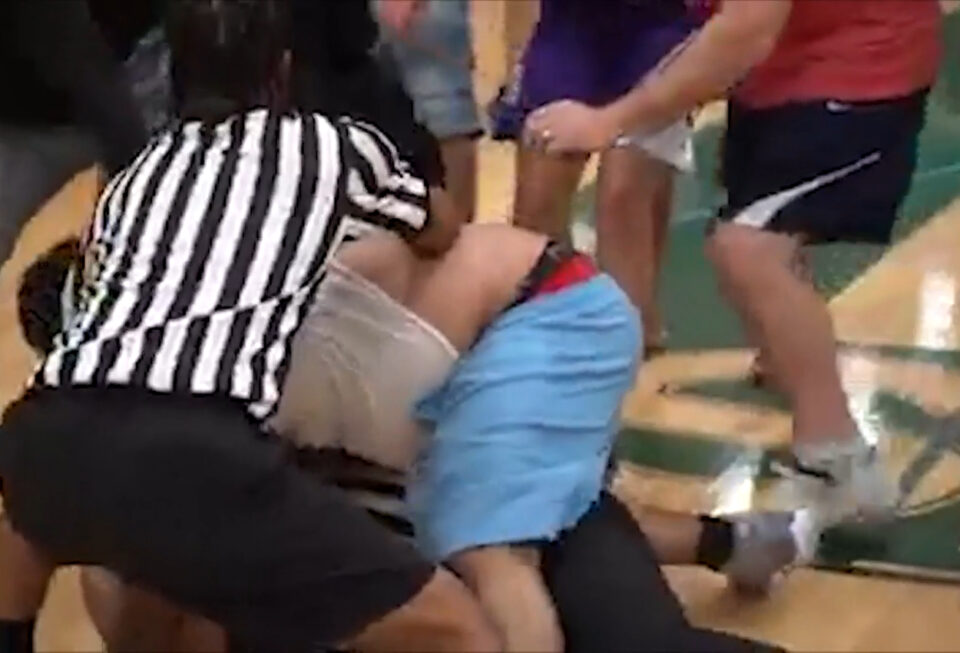 This is one game tape the coaches likely won’t be reviewing anytime soon.

A brawl at a basketball game—played by kids, mind you—over the weekend in Kansas City has gone viral after it was caught on video.

According to TMZ Sports, a coach aggressively approached a referee. A fight ensued before the referee was jumped by several people.The incident, caught on a shaky mobile phone video with unhelpful and sparse profanity-laced narration, occurred at the Hardwood Classic X RecruitLook Summer Finale Saturday morning.

In the video, a coach confronts a referee, yelling at him for an apparent technical foul called against one of his players.  As the two men argue, a player on the sideline initially tries to calm him down but it doesn’t work; the coach continues his rant.

As the argument proceeds, the referee apparently throws a punch at the coach and as he backs up, the coach pursues him onto the basketball court where he catches up with the referee. In trying to avoid the coach, the referee is then attacked by people who storm  the court. The brawl continues until the referee is on the court with the coach on top of him.

As the men are finally separated, the referee is seen walking out of the gym but is once again pursued and apparently struck as he is seen getting up from the ground again.

Names of the coach, the referee , and the teams were not reported by TMZ or several outlets.

TMZ also reported that police officers were summoned but by the time they arrived, the fight had ended. The police officers took a report for non-aggravated assault. The referee declined to press charges.

Sadly, referees getting attacked is not an outlier. It needs to be for everyone’s sake.