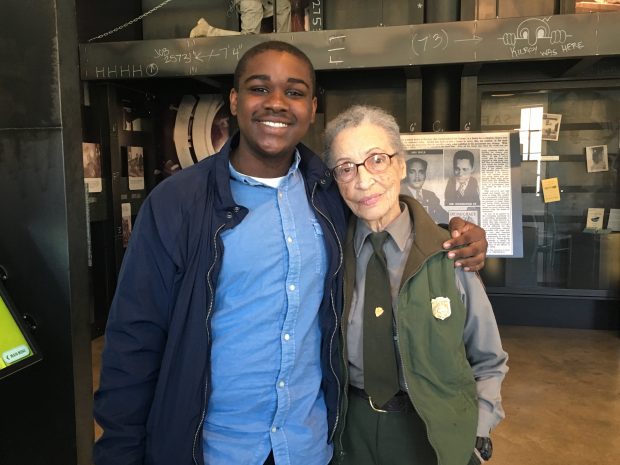 When I was growing up, my parents talked a lot about World War II and its impact on their lives. My father was too young, but all three of his brothers fought in the war effort. My parents were children during the Depression (they never called it great) and began their adult lives as the war was ending. The war, it seemed, had left an indelible mark.

I found their talk fascinating, and as a result I’ve had a lifelong interest in the second world war. So part of me wishes I could be in history class now enjoying an electronic field trip that would take me back to this critical time in history.

The National WWII Museum, in partnership with the National Park Service, develops interactive student webcasts, also known as electronic field trips. The museum is based in New Orleans, but students can participate from wherever they are in the country. Their teachers simply need to register; registration is free.

On Digital Learning Day, Feb. 22 next year, the museum will be airing the webcast Fighting for the Right to Fight, which tells the story of how African Americans in the war effort pursued a double victory: over the Axis powers abroad, but also over cruel injustice and discrimination at home.

By way of the webcast, students can examine World War II artifacts from the museum’s exhibit; explore the Rosie the Riveter/WWII Home Front National Historical Park; and learn about the deadliest munitions disaster during the war—which instantly killed more than 300 sailors in the segregated U.S. Navy, mostly young African Americans.

Betty Reid Soskin, featured in the webcast, is the oldest living National Park Service Ranger. She worked for a segregated boilermakers union during the war and speaks about her experiences.

Tuskegee Airman George Hardy shares insights on the triumphs of African Americans in the military.

If you’re a teacher, be sure to register for this insightful electronic field trip, for which you can download a classroom guide. If you’re a parent, tell your child’s teacher! The webcast is recommended for students in grades four to 12.

Here are two opportunities to watch:

Don’t wait—sign up today! For more information, visit the website of the National WWII Museum.