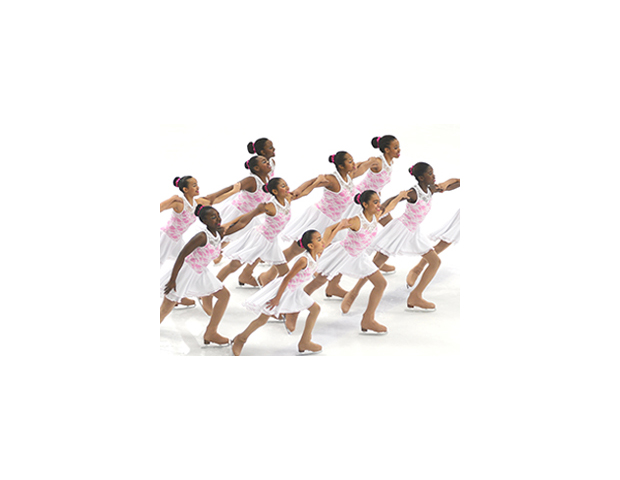 Figure Skating in Harlem is in its 20th year of teaching girls from age 6 to 18 not just about figure skating but also the power of education, as well as confidence and leadership.

“The educational component is just as important as the skating and performance side,” Founder Sharon Cohen told me recently. A former figure skater herself, Cohen started FSH “accidentally,” in response to a community’s request.

After about five years of teaching girls on the side how to figure skate, Cohen officially started Figure Skating in Harlem. The nonprofit has evolved into an international award-winning organization recognized by the United States Olympic Committee, Beyond Sport, CNN Heroes, and others.

Through its ICE: I Can Excel After School Program and its Summer Dreams camp—which includes indoor ice skating—Figure Skating in Harlem provides a lot—on a sliding scale—to low-income, primarily African American and Hispanic girls.

Girls must maintain a B average to be in good standing in the program; about 27% are straight-A students. Those who need help get it.

The organization offers small-group tutoring and individual learning plans, educational finance classes developed by Black Enterprise’s own former Finance Editor Stacey Tisdale, STEM classes, which use skating as a means to talk about science, and communications classes that focus on writing and public speaking.

There’s even a dedicated person on staff who helps high school seniors navigate the college process.

The Proof Is in the Pudding

“Our mission is to serve girls in communities that ordinarily wouldn’t have this opportunity,” Cohen told me. “We want to help girls grow in confidence, leadership, and academic achievement, as well as physical health and fitness.”

The organization must be doing something right. At its recent gala, Figure Skating in Harlem raised nearly $1 million!

It boasts a 100% high school graduation rate, and all seniors go on to four-years colleges such as Brown, Howard, Barnard, and others.

Some of its alums are doing impressive work: One is a financial director at Goldman Sachs; another, a former engineering major who is now overseeing the construction of a $20 million building; still another works at an education nonprofit.

Intrigued? For more information and to support its work, visit the Figure Skating in Harlem website.