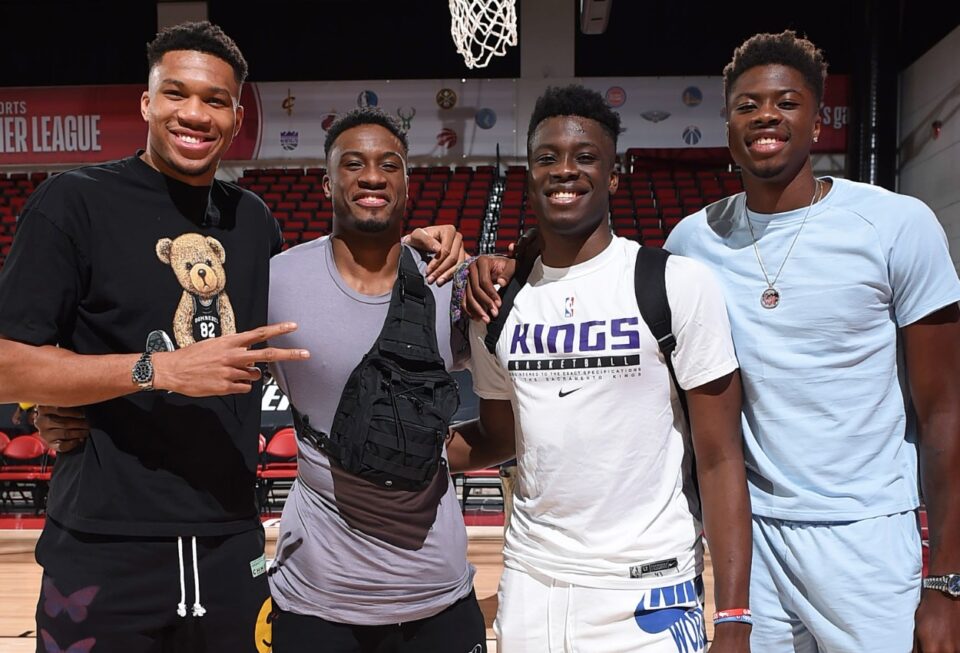 Rise, a film about the first trio of brothers to become NBA champions, is scheduled to be released June 24, but the official trailer is out now.

Perennial MVP candidate Giannis Antetokounmpo is considered by many to be the best player in the league. He and his brother, Thanasis won a championship last season playing for the Milwaukee Bucks. Their brother, Kostas, was the first in the family to get a ring when he won the title playing for the Los Angeles Lakers during the pandemic-shortened season in 2020.

Youngest brother Alex is also featured in the upcoming film. Last season, he was a member of the Raptors 905 of the NBA G League.

Sons. Brothers. A family of champions. 🏆

The film will exclusively stream on Disney+ starting June 24.

Charles and Vera Antetokounmpo emigrated from Nigeria to Greece, as they struggled to provide for their five children while living under the threat of deportation. As the couple desperately tried to obtain Greek citizenship they found themselves being turned away at every opportunity.

Their sons, who started playing  basketball late, used their natural abilities and worked hard to perfect their craft. Getting help from an agent, Giannis entered the 2013 NBA Draft as a long-shot prospect and not only changed his fortune, but that of his family as well. The tall, gangly kid with an impossible to pronounce name became one of the NBA’s Top 75 players and an ambassador for a global game.