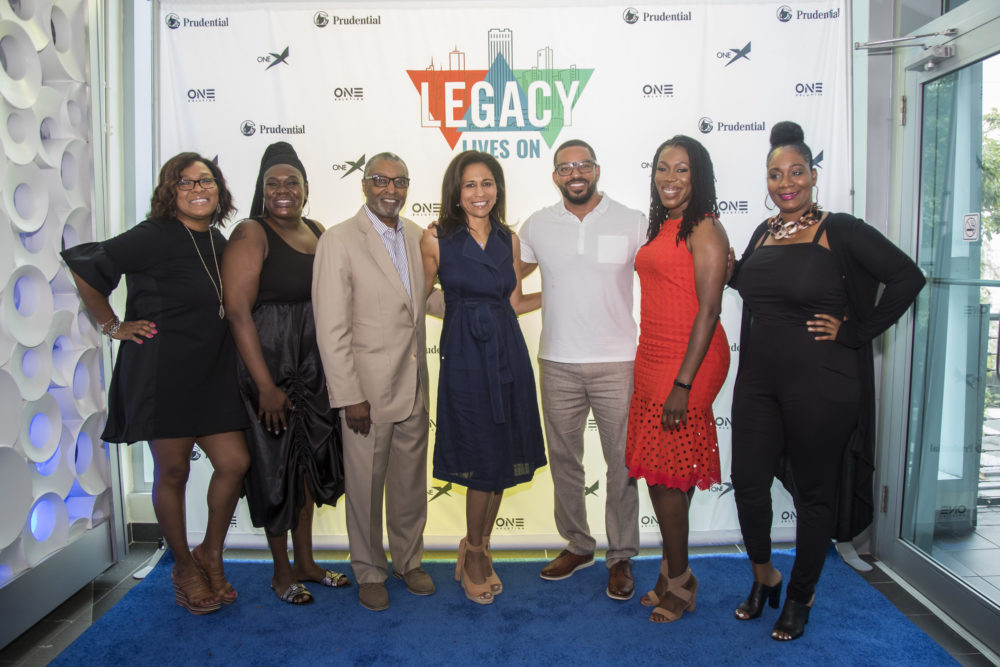 Prudential, in partnership with Urban One, screened Legacy Lives On at the American Black Film Festival on June 15 in Miami, and it will air publicly on TV One at 9 p.m. ET on June 19, and again on CLEO TV on June 20, 2019. The 45-minute film follows the financial journey of three black women and highlights the relationship African Americans have with money, particularly when debt, financial literacy, and systematic challenges are at play.

African American households lag sorely in wealth compared to white households. According to the Economic Policy Institute (EPI), black households receive an underwhelming 61.6% of the yearly income earned by an average white household. This disparity is due in part to the racial income gap in which black employees bring home 82.5 cents for every dollar white workers earn; substantially contributing to black poverty. It should come as no surprise, then, that the most recent data suggests black people are more than twice as likely to experience poverty than whites. Therefore, the timing of such a documentary is ideal.

“Legacy—this type of film talks about all the things we don’t talk about,” Salene Hitchcock-Gear told BLACK ENTERPRISE. Hitchcock-Gear, the president of Prudential Individual Life Insurance, continued: “For women, especially women who are trying to move forward, we don’t have a lot of good tools to start with. It’s not normal to talk to people about savings, investments, how to get financing for anything, or just deal with budgets, or getting out of debt. This effort starts to put language in people’s hands and try to break through that environment where we don’t talk.”

Talking candidly to an entire nation about the state of their finances and the history of how they each handled money wasn’t an easy thing to do for Onikah Asamoa-Caesar, Jewel Burks-Solomon, and Audrey Hurst. However, doing so proved to be beneficial for each woman who participated in the film.

“My experience was very interesting because it gave me an opportunity to reflect about the legacy I want to build,” Burks-Solomon shared with BE. “I had a chance to have a conversation with my mother and talk about the things she instilled in me at an early age and thank her for the things she taught me along the way and have that dialogue we haven’t had before.”

Hurst expressed her initial hesitation on disclosing her financial secrets: “I was definitely scared for people to know what I was going through financially because we don’t have those conversations as black people, but I had someone in my ear telling me to step out on faith so that’s what I did and said, ‘I’m gonna tell my story.”‘

A documentary like Legacy Lives On would not be complete without Tiffany Aliche, “The Budgetnista’s” two cents—which is nothing short of the financial wisdom she is known to impart. “It’s important to teach black women about money,” Aliche stated. “Prudential had a study where they show that black women make up to 70% of the financial decisions in the household.”

Aliche added: “That means if you want to shift the black family, community, and culture forward, then you have to do it through black women. We are essential. Without us, there would be no strong community, family, or culture. We have been left out of the conversation for too long. You see that in Legacy Lives On.”

Actor Laz Alonso contributed to the conversation, addressing generational poverty that affects people of color: “Black and brown people are learning their worth,” Alonso told BE. “Up until now, everyone knew our worth except us. We have the talent, we have the ability to bring crowds, and have a community to support us and bring their dollars, but where was the money going? Now we see a lot of artists buying back their materials, their intellectual property, their block—and they’re also diversifying [their earning potential]. There are so many ways to make money. It was important for Prudential to be on the leading end of that conversation.”

Other contributors include Atlanta Mayor Keisha Lance Bottoms, motivational speaker Lisa Nichols, Rev. Dr. DeForest B. Soaries Jr., producer Ma’at Zachary, and Prudential’s vice president of Corporate Giving Shané Harris. And while a film initiative on dialogue about money and finance may seem unlikely to screen at ABFF, it’s actually more aligned with the event than not.

“For Prudential as a financial institution, we don’t always have the right connects, through the community to actually get the message out,” Hitchcock-Gears said. “This particular festival is so much grassroots, people on the ground, that we feel like that’s the audience we’re trying to reach; the very group that needs to hear this. It includes the people here at this event. When you think about it, so many creative people don’t have consistent income. So you have to think about ‘how do I deal with that as a creative person? How do I continue my craft, but take care of myself financially?’ This is for the attendees and the creators. We think [ABFF] is a real home run and a great place for us to showcase.”

Alonso agrees, stating “To have that film here is where a lot of people need it the most because they are the ones actually self-financing their dreams. They’re the ones trying to figure out ‘I want to make this happen, but I got a 9-to-5. How can I juggle this?’ This movie is the movie that will show you others who have done it and inspire you to not waste any more time and want to do it.”

American Black Film Festival was founded by Jeff Friday to provide a platform for black filmmakers to showcase their work. In its 23rd year, the festival continues to amplify black creative talent. Learn more about the ABFF legacy, at abff.com and catch ’em on social: